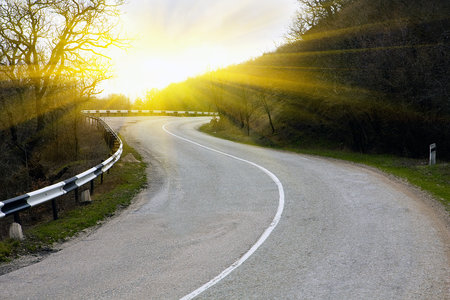 Addiction is an epidemic that Americans have struggled with in many forms yet it still remains a silent and stigmatized killer. Mental health issues are also more prevalent than ever in our nation and yet few people discuss these issues openly for fear of being judged. Psychological and behavioral disorders are a hidden crisis in the U.S. and one New Jersey woman decided to make a statement by completing a 100 mile walk from Cape May to Trenton.

In the state of New Jersey one in every four residents suffers from depression or another mental illness. Many people struggle to escape their illnesses as they must deal with the challenges of overcoming public stigma and receiving adequate, affordable treatment that is difficult to obtain.

Walking for Mental Health Care
Greta Parrott Schwartz decided to confront issues of mental health and addiction by setting out to walk 100 miles in three days from her home in Cape May, New Jersey to the State house in Trenton. Throughout her trek, Schwartz dragged a large, homemade coffin behind her that had been inscribed with the names of 70 friends and family members who lost their lives to addiction, suicide, and other effects of mental illness.

The shocking image of the massive, white coffin represents the kind of destruction caused by mental health and addiction issues that people are not willing to face. The woman called her 100 mile walk the “Revolution for Mental Health Care” and started an online campaign through GoFundMe to benefit mental health advocacy organizations. She was able to raise more than half of her $10,000 goal by the second day of her journey. The walk was difficult physically and emotionally for the woman who had a connection to each of the deceased people listed on the coffin.

Barriers to Treatment
On her crowd funding site, Schwartz wrote that we are in a crisis in America due to inadequate mental health care. She also said that mental illness should be treated in the same way as physical illness and should be covered by insurance companies. Her efforts were to bring more media attention to the issue during this crucial election year so that measures would be taken in the future to provide the treatment and care that people need to recover from addiction and mental illnesses.

Although a 2008 law requires insurance companies to cover behavioral treatments at the same level as physical care, there is still some debate over what services should be eligible for coverage and reimbursement. There is also a serious shortage of providers for mental health and addiction care especially for younger children and teens.

Along with these issues, there remains a need for care that is better integrated with both behavioral and physical treatment. Some programs in New Jersey are trying to improve their care for the most vulnerable residents and the state also launched a hotline for anyone in need of help with mental illness or addiction issues.

Unfortunately there are still barriers for people receiving treatment and in spite of efforts made to bridge the gap many programs only offer separate systems of care. Mental health issues are often connected with physical health problems as well and without treatment for both people will struggle to recover. A mental illness can also lead to behaviors like addiction that can cause further issues and additional health risks. Schwartz said in a video at the beginning of her journey that she will always carry in her heart the people in her life that have passed away due to mental illness and addiction. She went through her 100 mile walk for those people and anyone who has suffered from these issues without getting the help they need.