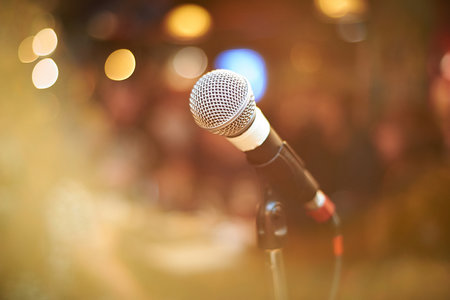 Our society has a very complex relationship with addiction, sometimes glorifying drug and alcohol use as harmless fun, while at other times judging and stigmatizing those who struggle with addiction. Music has often both been subject to, but also transcended these conflicts, allowing for an avenue of expression for people to tell their stories. Songs can serve as both cautionary tales and reason for hope, helping people avoid and move past active addiction. One song that came out in 2015, spending several weeks on Billboard’s Adult Alternative chart that deals explicitly with addiction is “S.O.B.” by alt-folk singer Nathaniel Rateliff and his new band, the Night Sweats.

“S.O.B.” opens with a rowdy hand-clap and gospel-derived hum, swelling to a powerhouse of southern soul, sounding like an exciting “party song.” However, a close look at the lyrics, which Nathaniel shouts to the point of hoarseness, eloquently expresses the inner, urgent dialogue of someone deep in the throws of alcohol addiction:

The song goes on describe the desperation of both addiction and the awareness that life needs radical change, with lines such as “For seventeen years I’ve been throwing them back, Seventeen more will bury me,” and speaking of shaking hands and the feeling of bugs crawling over his skin. The accompanying music video shows a very grizzled Rateliff looking like a man who’s been through a lot, and the point of desperation is further driven home by the settling in a prison. Even as people shout, clap, and dance, they must acknowledge their lack of freedom, and their powerlessness of going without what they addicted to, helpless to live or think of anything else but “somebody get me a goddamned drink.”

Nathaniel’s Life:
To the BBC, Rateliff referred to S.O.B. as “a joke song,” just because it has a lighter, more fun feel than a lot of the band’s other works. Indeed , there is humor in the middle of the song’s dark themes. In all the desperation of addiction the song expresses, it also finds cause for a foot stompin’ good time, as the singer finds ways to laugh at himself and his pathetic state.

However, he went into more detail speaking to the Denver-based periodical Westword, saying the song was based directly on his experience with delirium tremens, a severe side-effect of alcohol withdrawal characterized by confusion, body shaking, hallucinations, and severe anxiety, that can cause serious brain damage if untreated. The song “makes light of it, but it was a very traumatic experience for me.”

For an interview with Campus.ie, he described his hardships growing up, but went on to say that “even without any of the circumstances surrounding my life growing up I would still be someone who would battle depression and things – an addiction problem.” He started drinking more and more heavily, to the point that he was in poor health whenever he would stop, for almost six months.

Reflecting on this period, he noted that alcohol was damaging to his creative and productivity, and says he is in a much healthier period right now. He stated that he does continue to drink occasionally, and reflects that “trying to be more moderate is pretty tough in this world, in this lifestyle in particular.” Whatever he decides, we hope he is able to get the help he needs living a thriving life free of being powerless before a craving. And we are thankful for an eloquent song showing the pitfalls of a lifestyle stuck in a cycle of thoughtless, excessive drinking.