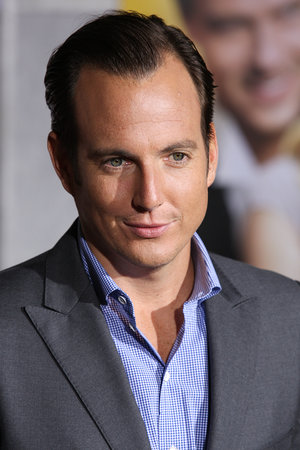 Comedic actor, Will Arnett is most known for his roles on “Arrested Development” and “30 Rock” but his most recent venture is a more personal project drawing on many of his own experiences. Arnett wrote and produced the new Netflix series “Flaked” along with co-creator Mark Chappell as a “dramedy” starring himself in the role of the main character, Chip.

The show centers around Chip in his life as a recovered alcoholic, something that Arnett is deeply familiar with. Creating this show, he says was a way of dealing with his past struggles with sobriety. The shooting for the series even began on the 15th anniversary of his recovery.Although the show has been met with some mixed and even harsh reviews, Arnett feels that the series became his way of dealing with his own story and working through his past through the character.

Personal Issues On and Off Screen
When Arnett first created the character, Chip, he represented a part of himself and also parts of other people’s personalities, especially their dishonesty, that he didn’t like. As he continued to write the character he discovered that it became a dark and often uncomfortable process that forced him to look at his own issues with sobriety and even the things that he didn’t like about himself.

What started out as a show centered around the idea of Venice and a man creating a new identity for himself gradually become one of the most intimate projects that Arnett has ever worked on. Each process of writing, shooting and even editing the show was difficult for Arnett has he had to face such personal subjects and reveal a big part of himself that until then was completely private.Working on the project even started to affect the mood and behavior of the man who is known among his Hollywood friends as the life of the party, making everyone in the room laugh.

His Past Struggles with Acting and Alcohol
Arnett had no need to go through such a painful and personal process as he has been wildly successful with his roles in sitcoms and films and has no shortage of offers. But Will has always been known as a great comedian and “Flaked” was a chance for him to showcase other sides of him and his depth as an actor.

Arnett had ambitions of becoming a serious actor when he first moved to New York from his home town of Toronto. He first found work as a voice-over actor due to his unique, gravelly voice and was able to make a living but he wanted a real acting role. As he struggled to find the type of work that he wanted he became depressed and drank away all the money that h made from doing voice-overs.

He would start to go to the bar every day, earlier and earlier during weekdays and stay there drinking late into the night. He finally got hired for a sitcom but the show was canceled after two episodes. His drinking became worse until a friend finally told him to get help and he went to his first A.A. meeting. The newly sober Arnett moved to Venice, California and started to get his life back together.

This became better for Arnett for a period of time- he married actress Amy Poehler and starred in Arrested Development but his career had his ups and downs. Ultimately he and Poehler divorced in 2012 and he now lives the life of a single dad. One thing about “Flaked” that become difficult to face was the fact that he started drinking again. Arnett has been clean for a few months now and back in A.A. meetings again but his own relapse became a central theme in the show as he continues to work through his personal demons.