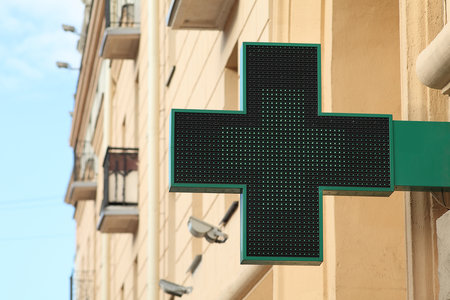 Nearly everyone who consumes media in the U.S. has encountered advertisements encouraging the viewer to “ask your doctor” about various prescription medications. Created due to new rules the FDA made in 1997, these ads claim they inform consumers about their medication options. However, no one can deny that these advertisements are extremely profitable to the pharmaceutical industry, and the companies responded by spending almost $4.5 billion marketing to consumers, according to a 2015 Washington Post report.

However, many doctors are unhappy with the current state of affairs in which drugs are intently market. On November 17, 2015, the American Medical Association (AMA) released a statement, approved by a majority of its members, calling on consumer advertising of medication to be banned. Here are the reasons behind this statement, and how doctors plan to craft a better alternative to educate people about medications.

Ads Affecting Cost:
The AMA statement begins with an appeal to lowering the high cost of prescription drugs. It points out that the money pharmaceutical companies spend on ads artificially inflates the amount of money a medication should cost, thus harming the people who need the medication for treatment. Advertising could be one of the reasons prescription drug prices rose 5 percent in 2014. Higher drug prices make it harder for everyone to have access to needed treatment, leaving both patients and health care workers worse off.

Drug companies also reserve their more aggressive marketing for novel and more expensive treatments, biasing a patient towards more “exotic” and expensive treatments, when there made be other, more affordable possibilities. As early as 1999, the AMA was concerned about patients coming in specifically requesting a prescription for advertised medication, rather than waiting for an informed decision by the health care provider.

In a statement that came out that year, the organization advised that “physicians should resist commercially induced pressure to prescribe drugs that may not be indicated.” Speaking to NPR, Julie Donahoe, Professor of Public Health at the University of Pittsburgh stated that “the majority of people who ask for a [particular, advertised] prescription receive it,” indicating that these ads may be having a negative impact on the care patients are receiving.

Ads Affecting Care:
The AMA report points out that these ads for prescription drugs are illegal in most of the world, except in the United States and New Zealand. This may be part of the reason our healthcare system is often more likely to encourage widespread use of a medication than that of other nations. A 2013 study by the Mayo Clinic found that almost 70% of all Americans are on at least one prescription drug, a rate that has increased 50 percent from 2007.

A responsible use of any prescription medication should view the drug as only part of a more holistic treatment plan, looking at a patient’s diet, lifestyle, and other physical and mental health factors, as well as adequately keep drug use within boundaries to avoid abuse and addictive behavior. Some of these ads convince vulnerable patients to demand a certain drug out of a false belief that simply taking the drug will solve all their health problems. That is why the AMA is calling for ads to be replaced by more objective conversations between patients and doctors, allowing more in-depth information about the pros and cons of how a particular medication can be part of a broader treatment plan.

Of course, the AMA’s statement has no legal bearing on the regulation of medication advertising, which can only be changed by legislation,a change the AMA will advocate for. However, simply releasing this statement on behalf of doctors sends a powerful message that doctors and patients should together think more carefully about health care options, beyond the buzz from the latest popular pill.