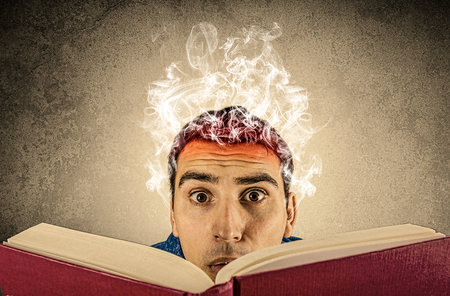 The prescription drug Adderall is a stimulant normally prescribed to treat the symptoms of attention deficit hyperactivity disorder or ADHD. Adderall increases the levels of dopamine in the brain, producing a feeling of well-being or “feeling good”.

Dopamine is a natural chemical produced in the brain to create a rewarding effect. Taking Adderall for recreational purposes can become an addiction because it creates an effect similar to taking cocaine. A person’s brain will begin producing above normal levels of dopamine that make it difficult to go back.

They will continue to abuse the drug to maintain a feeling of alertness, well-being, and productivity. This is why abusing the drug has become so popular among college and even high school students today.

Recognizing the signs of Adderall addiction.

A person who has become addicted to Adderall will feel mentally foggy and fatigued when they are not using the drug. Other signs to look out for include:

-Needing to take increasingly stronger doses in order to attain a desired “high”.
-Knowing about the harm the drug is doing to their health and continuing to abuse it anyway.
-Not being able to complete work or projects without being on the drug.
-Spending their income on obtaining the drug.
-Not being to feel normal or alert unless they are on the drug.

Anyone who begins using Adderall for recreational purposes never does so with the intention of becoming addicted. They may begin taking the drug simply to be more productive at work or school, or to increase their focus for studying or working on an important project.

In order to obtain the drug, they will purchase them from friends or other drug connections or even fake the symptoms of ADHD in order to get a prescription from their doctor. Soon enough, their Adderall use spirals out of control with hundreds of dollars spent on prescriptions and a myriad of health problems.

Users report that they have trouble coming down off of the drug in order to get a night’s sleep, and then become even more fatigued causing them to take higher doses in order to perform well. The withdrawal symptoms of Adderall make it especially difficult to quit.

Who is abusing Adderall?

In addition to college and high school students, athletes, and people suffering from eating disorders commonly abuse the drug. They may be trying to improve performance, boost focus and energy levels, or suppressing their appetite in order to lose weight.

Adderall abuse is on the rise in the U.S. among young people and the effects are devastating. More overdoses are being reported every year, with individuals reporting chest pains, vomiting, shaking, rapid breathing, fainting, and fever. An overdose of Adderall can also be lethal.

Combining Adderall with other drugs can have dangerous effects as well. Taking the drug with alcohol, cocaine, and even marijuana raises the risk of an overdose and can cause health issues such as a heart attack. Oftentimes, an individual will use other drugs with Adderall in an effort to enhance or decrease its effects without being aware of the complications it can cause.

It’s important to educate the public, especially children and young adults, about the dangers of abusing the drug. The longer someone abuses Adderall, the longer it will take to break the addiction. Getting help is imperative for anyone who suspects they have a problem.