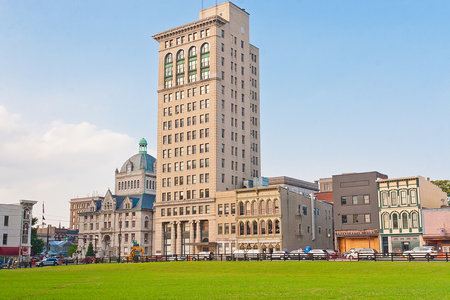 Abuse of prescription opioid painkillers has reaching epidemic levels in many parts of the United States. Speaking to members of Congress in 2014, director of the National Institute on Drug Abuse Dr. Nora Volkow pointed out that 2.1 million people in the U.S. are addicted to the non-medically-approved use of these drugs, and that the number of people who have died of opioid overdose has quadrupled since 1999. Misuse and dependency to these drugs is a problem society can not afford to ignore. Recently, Kentucky appears to have some success as laws and programs are stemming the tide of this dangerous and ubiquitous addiction.

The University of Kentucky’s Institute for Pharmaceutical Outcomes and Policy was behind the survey that monitored how potentially abusive behavior towards prescription painkillers has changed since new laws, in the form of House Bill 1, went into effect in 2012. It found that the practice of doctor shopping, or attempting to get prescriptions from multiple physicians, has decreased by 50%.

Stricter guidelines behind the giving of prescriptions mean that people who had legitimate need for pain relievers will get them from a single physician who can closely monitor their use and protect from misuse and overdose. Tighter regulations behind who can provide pain management care have led to the closer of 24 non-physician owned “pain management centers” that wrote prescriptions without proper medical oversight. This study points to encouraging trends towards Kentucky’s approach, which might provide a model for other states.

There are multiple ways that prescription drug abusers are able to get drugs without the proper medical supervision that would prevent misuse. House Bill 1 approaches the issue from multiple fronts. The law set up the Kentucky All Schedule Prescription Electronic Reporting site, or KASPER, that requires all physicians and pharmacists register prescriptions for opioids and benzodiazepines, making it harder for people to acquire multiple prescriptions undetected.

It also educates healthcare providers about the dangers of over-prescribing these drugs, and steps they can take to prevent misuse and addiction. Kentucky was the first state to enact a mandate that physicians check a patient’s drug history before writing new prescriptions, and this strict approach is finally causing the number of prescriptions for these drugs to decline, after many years of steady increase.

Unfortunately, while opioid misuse is declining, substance abuse is continuing in the state. Merely cutting off the supply to these drugs is not enough to stem the tide of substance abuse. The use of heroin, an illicit drug with many of the same effects as recreational use of these pain relievers, has skyrocketed. Police in Louisville arrested 32 people for heroin related offenses in 2008, but 676 in 2012.

While it is possible that there may be other factors to the increase, decreasing availability of opioids appears to be causing some addicts to turn to the new drug that is cheaper and more dangerous. This shows there is an urgent need to go beyond the current law that focuses on supply of prescription drugs, and go after the root causes that make people turn towards addictive substances in general.

Where to go from here

House Speaker Greg Stumbo pointed towards a need to go beyond the current law’s efforts to curb supply, also increase access to treatment and rehabilitation for addicts. At a press conference, he pointed out that while 500,000 in Kentucky may have an substance abuse issue, “we have less than 2,500 treatment beds in the state right now.”

Stumbo is working along with Governor Ernie Fletcher and Van Ingram from the state’s Office of Drug Control Policy to create legislation that would increase the funding for addiction treatment. This is a necessary additional step that needs to be taken in order to truly help deal with addiction and drug abuse in the state.