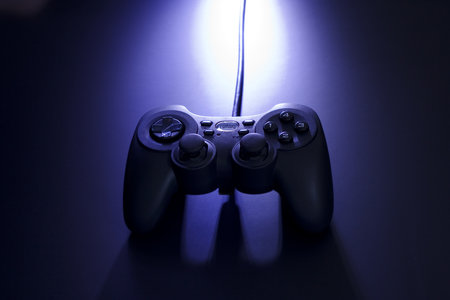 Cigarette smoking may not be as prevalent in most people’s media as it used to be. In the U.S. ads for cigarettes are severely restricted, and steps have also been taken to reduce levels of smoking in movies and television shows. These restrictions serve an important public health role, by making smoking less common and “cool” in the media, it means fewer youth will be influenced by images that could otherwise encourage them to pick up the deadly habit. However, there is one medium in which tobacco use is more common: video games. A new study suggests this might have a harmful impact on the people who play them.

Prevalent:
According to a February 2015 report published in Tobacco Control, as much as 42% of all video games reference tobacco use or show a character smoking. Frequently, smoking is used to make a character look “tougher” or bring an element of grittiness to games. The gamer enthusiast wiki site Giant Bomb lists 86 different games in which smoking is shown, often as a prominent part of the action or to define a character.

Interestingly enough, this is a relatively recent phenomenon. A 2012 study published in The Lancet found that the number of games with tobacco use or even tobacco advertisements in the in-game universe climbed from 1% in 2005 to over 12% in 2011. In 2005, the tobacco industry was banned from paying for product placement in movies, and the amount of smoking in films declined significantly. This drop in smoking in films was followed by increasing smoking in video games. Speaking to The Fix, professor of public health James Thrasher suggested that “the gaming industry is more flexible and dynamic than the film industry,” making it an attractive market to influence teens towards smoking.

The Impact:
The Surgeon General reports that teenagers who frequently see movies with smoking in them can be as much as twice as likely to start smoking themselves. Research published in December 2015 by the Truth Institute suggests the effects are similar for smoking in video games. In fact, according to the Institute’s director Robin Koval, video games can even have a greater influence on behavior related to smoking, since they “are much more immersive,” and are frequently played multiple times for long stretches.

Simply by portraying cigarettes in media, a teen can be conditioned to think of smoking as more normal, and be more open to considering smoking him- or herself. Even more influential are the times smoking is considered a desirable part of a charter. Video game characters who smoke are frequently shown as the most aggressive, or the most desirable, or the most intense characters. People interviewed in the Truth Institute study described the ways smoking characters were “more important and more in charge,” and “the grown-ups, the strong people.”

What Can be Done:
In the United States, the Entertainment Software Ratings Board (ESRB) gives information on the content of video games to parents and consumers, supplying a rating on which games are appropriate for children and teens of certain ages, or should be restricted to adults and only used with adult supervision. The content that warrants a rating of M includes violence, gore, sexuality, nudity, obscene language, and substance abuse. However, currently, the ESRB does not have a standard for reporting tobacco use, and a charter can be shown smoking without the makers disclosing that to concerned parents. If smoking was one of the criteria that affected the rating system, it would curtail the influence of tobacco use in video games.

Ultimately, it is also up to parents to be informed about what games their children and teens are playing, and recognize the influence the games might be having on kids’ behaviors. If your child does like to play a game with smoking in it, use that as an opportunity to have a conversation, allowing him or her to make the smart choice to avoid tobacco, and understand the ways it can be harmful.