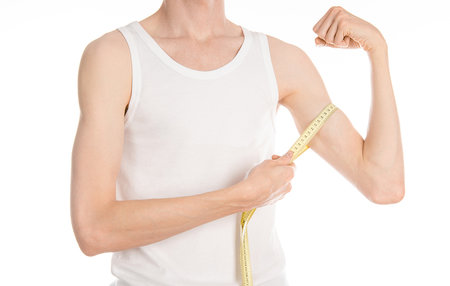 Anorexia nervosa is a very serious, life threatening condition in which an individual refuses to maintain their body weight. They may eat minimally or not at all, or exercise to the point of exhaustion, out of a deep dissatisfaction with their body shape. The condition affects women more often than men, but a misunderstanding of that fact has often led eating disorders to be mis-labeled as “women’s issues” exclusively.

This leads to strong stigmatization, with some men being afraid to come forward to seek help about highly destructive self-image and behaviors, or even unaware that help is available for them. The truth is that anorexia is a gender-neutral condition, that does affect men as well.

The National Eating Disorders Association reports that 10 million men in the U.S. will struggle with an eating disorder at some point in their lifetime, and that as many as 20 percent of all people with anorexia are men. Thus, anorexia in men is something that should be taken seriously, and men struggling with the disorder need to know they are not alone.

Common Causes:
Eating disorders are primarily rooted in a deep, irrational dissatisfaction with their own bodies or physical appearance. Our society often judges women’s appearances more harshly, and often unfairly connects their weight with their attractiveness and worth as a human, which is one of the main reasons women are more likely to feel a sense of shame over their appearance.

However, men also face stigma for being “overweight” or not muscular enough, and are also susceptible to absorbing these social messages and feeling dissatisfied with their weight or physical appearance. This is one of the primary reasons why homosexual men are often more likely to develop disordered eating behaviors.

The NEDA reports that 5% of hetrosexual men have an eating disorder, compared with Certain elements in the gay community can end up objectifying and scrutinizing male bodies in ways that echo the ways straight men are socialized to view women, and this can have an impact on the self-image of men who don’t meet airbrushed standards of “perfection.”

However, applied to the overall population, the majority of men with eating disorders are heterosexual. Furthermore, subclinical eating disordered behaviors, such as isolated instances of binging and purging, overexercising, fasting or abusing laxatives for weight loss may be just as common among men as women. Toxic ideas about body images that can lead to harmful behaviors can truly strike anyone. Low self-esteem, anxiety, and a desire to be accepted are issues unrestricted by gender identity or sexual orientation. Too many people, including many men, try to deal with these issues by starving themselves.

More Shame:
Because anorexia is often viewed as a “women’s problem” or a “gay problem,” hetersexual men may be relutant to admit their behavior is a problem, or keep it a secret. This is particularly a problem since multiple studies have found that men are more likely to die from disordered eating than women, partly because men have lower levels of body fat than women to begin with.

Often for men, anorexic behavior is accompanied by comorbid disorders, including cutting, depression, anxiety OCD, and either being obsessed or totally uninterested in sexual activity. Limiting food intake is only one of many ways that they are dealing with root causes of anxiety or a distorted negative self-image. Therapy for this root mood disorder is a vitally important part of healing.

Barriers to Treatment:
Unfortunately, getting care can also be a challenge. Many eating disorder clinics and treatment programs are gender-specific, and do not provide services to men to complement what they offer to women. Prejudices that women are more likely to get the condition can also color health care providers, making it harder for them to diagnose and recognize anorexic or bulimic behavior. According to an article written by Nathan Penn for GQ, studies have shown that eating disorder treatment do not need to be restricted to one gender in order to be effective, as long as space is made for some same-sex or individualized group meetings.

The good news is that recovery and treatment is possible. The sooner the behavior is recognized and treated, the shorter the recovery process. Your self worth is much bigger than what you look like. And help is available if you just reach out. The important thing is just to seek help as soon as you can.