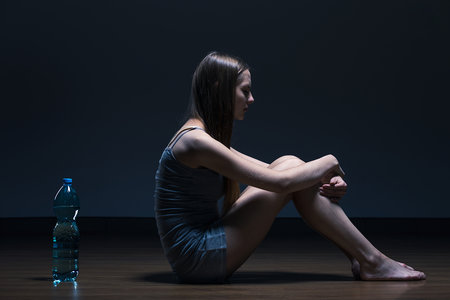 Finding out that a child or other loved one is suffering from an eating disorder is never easy. You may experience a range of emotions, from sadness to anger to guilt and many others. What you need to remember is that you are not alone and that there are many resources out there for parents and for eating disorder sufferers to get help.

It’s important to try and get your child’s help with anorexia or bulimia. Eating disorders can have severe effects on a young person’s health and can even be fatal. It is also one of the most widely misunderstood disorders out there. Most people know little about disorders like anorexia or bulimia until someone in their lives is affected by it. The following are a few important things that parents of eating disorder sufferers should know about.

1. People of all shapes and sizes suffer from eating disorders.
There is a common misconception about anorexia and bulimia that reinforces the idea that these disorders only affect people who are very thin. The truth is that eating disorders aren’t always that obvious. Anorexics and bulimics who are obsessed with weight and appearance will go to great length to keep their habits hidden. Children with eating disorders will be especially secretive about their rituals so that they remain unnoticed by parents and other family members. This is why it’s important to be aware of other signs of anorexia or bulimia that aren’t associated with extreme weight loss.

3. Anorexia has the highest mortality rate of any mental disorder.
Anorexia and other eating disorders can have devastating effects on a person’s health that can lead to death. Anorexics are also a higher risk of committing suicide because so many suffer from other mental disorders such as depression and anxiety.

4. Recovery is possible, especially for young people.
Eating disorders are some of the most complex mental disorders that a person can deal with within their life, but the good news is that recovery is possible. There are many resources out there for parents, but the first step should be talking to your child’s doctor. He or she can help steer you toward eating disorder specialists, therapists, and nutrition experts that can help get the process of recovery started.

5. Cognitive behavioral therapy and family therapy can be very effective.
Getting the parents and family involved in recovery can actually be very effective with younger children that have an eating disorder. This approach empowers the whole family so that eventually the child can begin taking back their responsibility when it comes to meals and nutrition. Cognitive-behavioral therapy is a goal-oriented therapy that focuses on changing negative thought patterns and destructive behaviors. Parents should also be sure to get support themselves from a support group or therapist because feelings of guilt and hopelessness can be common.