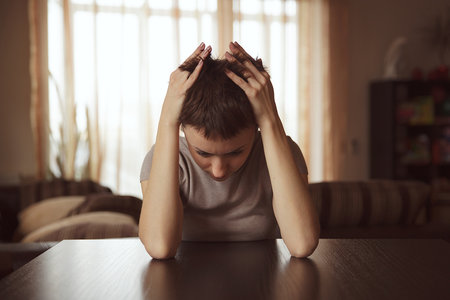 Although marijuana is now for medicinal purposes in many areas throughout the U.S., it can be dangerous for a person’s psychological health in a number of cases. There has already been plenty of evidence supporting the theory that cannabis can induce temporary psychotic and hallucinatory symptoms especially among young people who can experience enduring psychosis. Short-term psychosis can be directly linked to heavy cannabis use but more studies are working to determine if marijuana can actually trigger a psychotic disorder such as schizophrenia.

Studies in the past have suggested that frequent marijuana use during adolescence can increase the risk of developing psychotic disorders in adulthood. The nature of the link between marijuana and psychosis is complicated and more research needs to be done to determine the full relationship between the two. However, temporary psychotic symptoms are known to be a real byproduct of heavy cannabis use.

Symptoms of Psychosis Induced by Marijuana
Paranoia is a fairly common side effect of marijuana use and symptoms of fear and delusional thinking can occur to varying degrees in many users. When using cannabis, people can have disorganized thoughts, hostility and irrational beliefs that for most users can eventually subside.

These symptoms can be mildly uncomfortable but in some cases heavy cannabis use can trigger a real psychotic episode. During a psychotic episode a person might experience a dramatic break from reality in which they will see, hear and believe things that are not really there.

Young adults can be more vulnerable to these types of episodes because of hormonal changes in the brain. For cannabis users, their psychotic episodes are usually triggered by their drug use and are only temporary, subsiding once the drug leaves their system.

Experiencing a psychotic episode is very different from having a chronic, recurring psychotic disorder such as schizophrenia. However, researchers are still looking for a link between schizophrenia and marijuana through numerous studies.

Psychotic Disorders and Cannabis
There are studies that do suggest a close connection between disorders like schizophrenia and marijuana but it is unclear as to whether drug use directly caused the development of the mental illness. Some researchers believe that psychotic illnesses usually precede addiction to cannabis because the symptoms drive people to self-medicate through marijuana use.

Many of the cannabis smokers in these studies also used other drugs which are known to induce brief psychotic episodes. People with schizophrenia are more likely to have a drug addiction in general making it difficult to determine if their marijuana use contributed directly to their disorder. When it comes to the development and advancement of psychotic illnesses, marijuana has proven to worsen and increase symptoms dramatically.

People with a genetic vulnerability to developing a psychotic disorder are increasing their risk six-fold when they smoke marijuana. Studies have also shown that the earlier a person begins smoking the more likely they are to develop a disorder. Adolescents are particularly at risk to develop disorders like schizophrenia when they are involved in drug use.

Because the types of marijuana available have become much more potent in recent years, there has been a startling increase in the number of people showing up in an emergency room due to a cannabis-induced psychotic episode. Medical and black market marijuana have both been increasing their THC content over the past decade increasing the number of psychotic symptoms that lead people to seek help at the hospital.

These types of statistics point to the possibility that marijuana can definitely increase the risk of psychotic disorders and potentially even cause them. Although more needs to be discovered about marijuana’s influence on psychosis, the paranoia and hallucinations that the drug is able to produce can be dangerous for users to experience on a regular basis especially if they have certain genetic vulnerabilities.