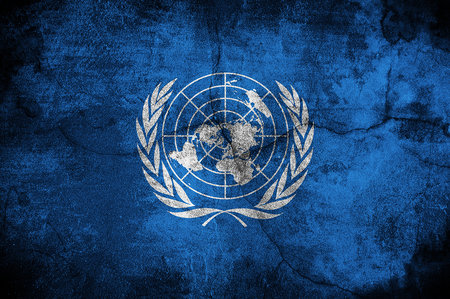 Globally, substance abuse and drug addiction have wreaked havoc on many parts of the world. It destroys lives and harms families and also leads to public health crises and skyrocketing crime rates. It is very widespread, a problem with a wide variety of cultures, governments, and peoples both rich and poor.

The United Nations Office on Drugs and Crime estimates that, in spite of decades of paying close attention to dealing with the issue, 246 million people used an illicit drug in a year, a rate of 1 in 20 adults between 15 and 64 years old that has remained stable. In April 2016, the United Nations General Assembly called a Special Session, called a UNGASS to deal with issues related to this global crisis. The last UNGASS on Substance abuse was held in 1998 and strove for the total elimination of drugs from society. The 2016 UNGASS had much more realistic goals.

Stated Goals:
The special session started with goals set forth in a document published in 2009, “Political Declaration and Plan of Action on International Cooperation towards an Integrated and Balanced Strategy to Counter the World Drug Problem.” This declaration sets a multipronged approach towards reducing demand for drugs, reducing supply, and expanding international cooperation to make drug selling less profitable.

Resolution 575 called for a meeting of all member states of the UN so they could find ways to meet these goals in measurable ways by 2019. To this end, a board was set up to allow fruitful discussion between all member states, along with involved NGOs and concerned people. The session was led by H.E. Amb. Khaled Shamaa, representing Egypt. Representatives from Mexico, Colombia, and Guatemala made the request that allowed this special meeting to take place 3 years ahead of schedule.

Hopes Dashed:
Writing about the event for The Fix, Jeremy Galloway did not mince words saying that “almost nothing of substance was accomplished by the UN’s first session on drug policy in nearly two decades.” Many advocates of drug policy reform and expanding addiction treatment had high hopes before the meeting began.

In recent years, many governments had decriminalized drug use and had some success with programs offering recovery treatment as an alternative to jail time for drug users. They had hopes some of these voices would be listened to, and recommendations made for a transformational approach to drug treatment, more as a public health crisis rather than a crime requiring punishment.

For the most part, these newer and alternative voices were ignored in favor of a more punitive approach. Galloway points to a forum on the global heroin crisis sponsored by Russia. Although there were some people who called for compassionate and evidence-based treatment programs, these were mostly ignored as the Russian ambassador continued to call for a “cold turkey” approach, that supported that countries efforts at a multinational ban of methadone.

Writing for the South African Health News Service, Kerry Cullinan concluded that even as hardline punitive measures for drug users have “yielded very little but misery,” the Session’s only response was “a vague statement that offers very little that is new.” The statement goes into little detail on how the world could respond differently to drug use and says nothing about “harm reduction,” that seeks to reduce the negative consequences of drug use, knowing that some people will not be ready for total sobriety but can still experience some protection. Essential, the UNGASS statement is a call for the “War on Drugs” to continue.

Around the world, there are a variety of different responses to drug use, ranging from total legalization of some substances in Portugal and Bolivia, while Indonesia and Saudi Arabia frequently prescribe the death penalty for drug use. The government will continue to experiment and offer a variety of approaches. It is up to each of us to do whatever we can to create a society that acts with compassion in direction people with the disease of addiction to effective treatment. This is not a change that will come from a top-down approach.