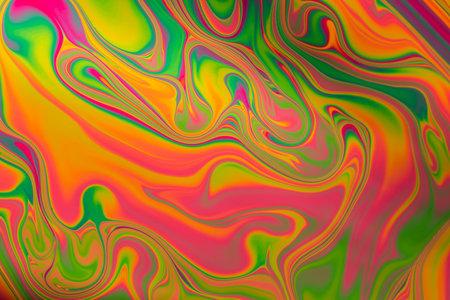 Depression can be a deeply distressing and overwhelming condition that can make it feel hard to function or find anything enjoyable in the world around you. Fortunately, there are a variety of treatments and ways people in different contexts have recovered and managed to live thriving lives. Through a combination of medication and therapy, many people find ways to refocus their energy and find ways to experience joy again.

Recently, one therapeutic approach has been getting some attention and showing promise, even though it’s use is still unconfirmed and controversial. Hallucinogenic substances such as LSD, MDMA, and psilocybin mushrooms is currently considered a Schedule 1 substance by the Drug Enforcement Administration, unlawful in all contexts because it has high potential for abuse and no accepted medical use. However, recent research is leading some to reconsider this, arguing these substances many benefit mood disorders. Here are some the facts of what the research shows, what is still unknown, and what you can do to support your healing.

In research conducted in 2015, researcher David Nutt and drug reform advocate Amanda Fielding found that controlled and therapeutic use of LSD showed”very promising” results among 20 people who used the drug to reverse intrenched patterns of negative thinking. Other studies include 2014 use of LSD to help patients with life-threatening illness overcome fear of death, a 2012 study that found MDMA can support psychotherapy in bringing relief to post-traumatic stress disorder, and 2006 research showing “magic mushrooms” can alleviate symptoms of obsessive-compulsive disorder.

Popular imagination often clouds psychedelic drugs in a ritualistic context that sees use as creating a spiritual or transcendent experience. Neurologically speaking, these drugs temporarily interfere with the prefrontal cortex, radically affecting the user’s mood, thoughts, and perceptions. They act on the brain network that deals with daydreaming and self-referential thought, radically altering the way we see ourselves. For someone struggling with depression or other strong negative thought patterns,

While some users do report these induced hallucinations as feeling positive, beautiful, or awe-inspiring, other people experience less pleasant reactions. While a study published in the March 2015 Nature indicated that the link between psychedelics and psychosis are weaker than previously thought, not every user is unharmed by their “experimenting.” The user can easily feel out of control or suffer from anxiety, paranoia, or delusions that can last as long as 12 hours.

One possibility for these diverse responses is that the drugs’ effects are caused by intensifying perceptions and thought patterns already there. Many people researching these drugs, both researchers and enthusiasts, emphasise the importance of taking the drug in a positive mental state of calmness and openness and choose music or decorations that can enhance a positive “trip.” Ultimately though, the effects of these drugs are still somewhat unpredictable, and can end up causing more harm than potential good. For this reason, it is best to wait for more research so that health care providers can create structures for taking the drugs under legitimate medical supervision, rather than simply using these drugs to self-medicate.

Certainly, we do not know everything there is to know about the brain, and ways to heal it effectively. However, waiting around or placing your hope for any kind of drug to serve as a panacea can only encourage addictive and dangerous self-medicating. If one day these drugs are shown to really provide positive results for some people, it will need to carefully regulated by health-care professionals.

Furthermore, even advocates argue that use should be supplemented with careful therapy to truly heal false and destructive thought patterns that are the true cause behind mood disorders. There is a lot you can do to support your healing, such as surrounding yourself with supportive friends, finding avenues of creative expression, and reaching out to professional counselors experienced with your condition. You do not have to wait for hope of recovery, but the journey can start right where you are.