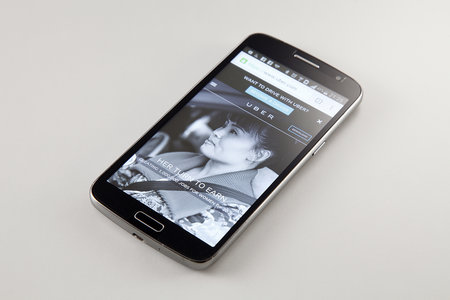 Drunk driving deaths continue to be a major problem here in the U.S. Studies show that every 51 minutes someone dies from an alcohol related crash, and drunk driving deaths rise dramatically during almost every major holiday. Young adults are the ones who are most affected by drunk driving deaths, with people between the ages of 21 and 24 at the highest risk, and adults between 25 and 34 years old at the next highest level of risk.

One of the best ways to prevent and significantly lower the risk of being involved in an alcohol related crash is by using a designated driver for outings where you know alcohol will be consumed. This is especially important when you know you’ll be drinking. Having a designated driver makes the night safer and more enjoyable for everyone.

The practice of having a sober driver started in Scandinavia and got picked up in the 1970’s by Canadian whiskey distillers. From there, the word spread to the United States, where groups like MADD (Mothers Against Drunk Driving) helped make the practice even more popular. In the 1980’s, having a designated driver became a regular practice because of the efforts of groups like MADD to spread awareness.

But just knowing about designated driver programs isn’t always enough. It’s important to plan ahead for outings and designate a sober driver before heading out, that way you ensure the driver is and remains completely sober while driving. Oftentimes, people will forget that they need a designated driver and will try to find one after arriving at their destination. This makes it much more difficult to find someone who hasn’t had a drop of alcohol.

The latest efforts by MADD to fight drunk driving involve a partnership with Uber, the popular ride sharing app. The new campaign is targeting young adults who at the highest risk of driving drunk. This same group coincidentally is also the most technologically savvy and more likely to use an app like Uber than any other age group.

The partnership between MADD and ridesharing apps Uber and Lyft began on July 4, 2014. With every ride purchased during the holiday, Uber and Lyft donated $1 for returning riders and $10 for new riders to MADD. The partnership also took place on the New Year’s holiday later that year.

The ridesharing apps became interested in seeing if their service was making any difference in the number of drunk driving incidents, especially during peak holiday periods. First, they looked at the locations of where service requests were coming from and the time periods when they getting the most requests. They found that major spikes in requests were occurring near the locations of bars and were coming in at the closing times of these same drinking establishments.

In January 2015 Uber and MADD decided to take their research a bit further by looking specifically at California and the effect ridesharing apps were having on drunk driving. Using data collected by the California Highway Patrol, Uber looked at the number of drunk driving accidents in areas of the state where their app was used the most and found that there were indeed less incidents in those areas, especially among adults under age 30.

In the future, Uber and MADD hope to change the attitudes young people have toward drinking and driving. By making a designated driver more readily available to individuals in all areas of the country, the group hope to contribute to a major reduction in alcohol related injuries and deaths.