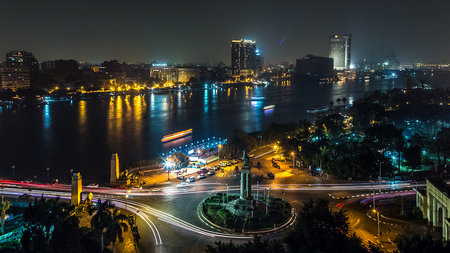 Addiction does not discriminate. It affects people all over the world, from every culture, ethnicity, socioeconomic level, and context imaginable. However, there are a number of factors that can increase a society’s vulnerability to addiction, including the prevalence of a substance and difficult circumstances such as widespread trauma or poverty. The combination of these factors can cause societies to experience periodic epidemics of addiction to a particular substance.

In the past few years, these factors have combined in Egypt, as many people have started taking Tramadol, a prescription opioid painkiller, possible unaware of the dangers of its abuse and addictive powers. According to the country’s National Research Addiction Programme, 60 percent of the people entering recovery treatment had a tramadol addiction.

Tramadol without a prescription:

Tramadol increases levels of serotonin in the brain, relieving pain, and making the user feel more energetic. Tramadol is one of many in a class of prescription painkillers that, when used in limited doses and under the watchful eye of a healthcare provider, can provide badly needed relief and healing from chronic pain. However, many people abuse these drugs, taking them to have effects similar to heroin. People sometimes assume these pills offer a safer alternative to illicit street drugs, but when taken illegitimately, they can have very dangerous consequences.

Tramadol can create a very high level of dependency, in which the user becomes unable to function normally without the drug. Even a few days of continuous use can leave him or her feeling hooked. Like many drugs, extended, unregulated tramadol use builds tolerance, where the body adjusts to the addiction and the user needs to take higher and higher dosages to experience the same effect as before. Speaking to the Economist, high school student Ibrahim said he used to take half a tablet, but before long he had to take a whole sheet, and even then the effect wore off quickly. This can increase the danger of an overdose, which can be extremely dangerous, leading to a slowed heartbeat, difficulty breathing, or a coma.

In Egypt’s rough economic conditions, many people have to work multiple jobs, or long hours in the job they have. Even educated Egyptians are often unable to find work in their fields, forced into manual labor. People turn to the drug thinking it’s an easy stimulant, keeping them alert and feeling ok in spite of so much work. Speaking to Al-Jazeera, Cairo resident Ahmed Tourk said it enabled people to “work two jobs and hardly sleep.” It is also used recreationally, and may be widely thought to be an aphrodisiac.

Another factor is the drug’s widespread availability and affordability. The drug was initially imported from Germany for cancer patients only, but over the course of 10 years, a flourishing underground trade has developed. A 2013 Al-Jazeera report said a sheet of 10 pills costs $3, well within reach for most working-class Egyptians.

Although the drug may be used very openly, addiction is highly stigmatized in Egypt’s conservative society. A high level of stigma means that discussions around addiction do not take place openly, and many people may not be aware of resources to help. This means people are more likely to take addiction into their own hands, rather than seek professional help. This can lead to the kind of self-medicating that causes one addiction to simply be substituted for another.

The Egyptian government is attempting to stem issues of drug abuse with a combination of punitive measures and educational campaigns, but speaking to al Jazeera, psychiatrist Ehab el-Kharrat feels they are following the wrong priorities. He seeks to reach out specifically to youth with troubled backgrounds, school dropouts or those enduring violence in the family.

Egypt is also a transit point for trade to surrounding nations, taking in huge shipping crates that are not often not fully inspected. Drugs are often trafficked in from India and China. Corruption among border agents allows the drugs to pass through. President Abdel-Fattah al-Sisi is seeking to tighten customs enforcement so fewer drugs are making it into the country. Through a combination of tightening the supply, and making options for help more available, it is hoped that this problem can start to be stemmed.