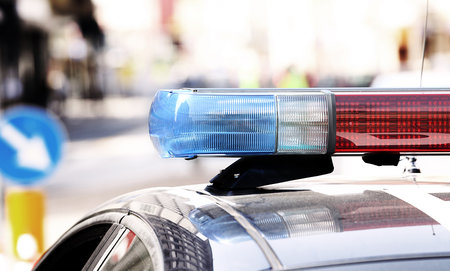 In spite of the sometimes tragic outcomes of such incidents, police in the United States still receive very little training on how to handle crises involving someone who is mentally ill and/or addicted to drugs. The police often have encounters with the mentally ill that have fatal results because they are not properly prepared to deal with the situation. More police departments have added or expanded training in recent years because they have faced greater scrutiny and litigation following past incidents.

Fatal Encounters with the Police
Recent events such as the Chicago police slaying a 19 year old college student with mental health problems have brought to light some of the failures in police departments’ ability to adeptly handle situations involving mental disorders. Officers are routinely thrust into tense situations with people who are affected by varying degrees of mental illness and/or drug abuse. With inadequate mental health resources, police departments need to fill the gaps and provide higher quality training for officers that are often called upon to handle a crisis.

Mental health policymakers are concerned that police officers are sent on the scene when someone is having a psychotic episode or crisis instead of someone with deeper experience and knowledge of mental illness. The shooting in Chicago is not an isolated incident; mentally people have been shot to death in recent years by police in Texas, California, Colorado, and Virginia. Statistics from an advocacy group show that Americans with a severe mental illness are 16 times more likely to be killed by police than other civilians.

Expanding Training to Prevent Excessive Force
There are currently no national requirements on training recruits for de-escalation and crisis intervention and most police programs average about 8 hours on each according to a recent survey. In spite of their lack of training police are the ones that are sent into situations where a person is having a mental health crisis and many say they are not skilled or knowledgeable enough to deal with these complicated issues.

In Washington, police are trained to get a professional intervention as soon as possible for mentally ill people. However, a police officer resigned after an incident in which two patrolmen show an unarmed orchard worker suffering from depression, homelessness and drug abuse. Seattle police now has implemented court-ordered reforms to address what the Justice Department called a pattern of excessive force during encounters with the mentally ill or drug-addicted suspects. The department now has more training protocols which include sessions on how to de-escalate a violent scene and calm down a distressed person. Specialized officers are also required to receive 40 hour certification training before they are dispatched for such calls.

Many in the law enforcement community want more training for handling these kinds of situations especially since the burden has increasingly shifted from public hospitals to police departments. The cost of training has been one of the main reasons that officers are properly prepared but an increase in training hours is necessary as incidents continue to grow.

Law enforcement encounters with the mentally ill have increased dramatically as the number of public psychiatric hospital beds plummeted from 340 to 17 per 100,000 people since the 50s. It is estimated that out of the 8 million Americans suffering from a severe mental illness, about half of them are left untreated. With better training and skilled Crisis Intervention Teams, police officers can prevent some of the tragic results that can occur in an encounter with the mentally ill.