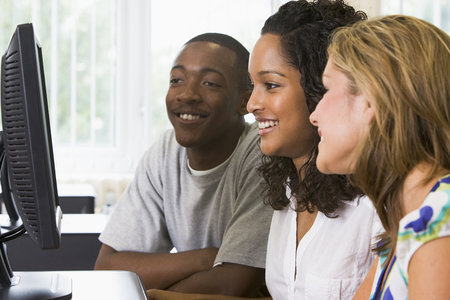 Upper Arlington, Ohio is an affluent suburban community northwest of Columbus, with a population of around 34,000 people, according to the 2010 census. Upper Arlington High School is highly esteemed for many reasons, including many years as the highest number of National Merit Semi-Finalists in the state, an award winning school newspaper and orchestra, and more Ohio High School Athletic Association championships than any other school.

However, these successes have not protected many in the community from the problems of drug addiction and abuse. According to a report by NBC-4 Columbus, half of all Upper Arlington seniors drink alcohol at least monthly, and 27 percent smoke marijuana. The police chief further estimated that 50 percent of all juvenile offenders had committed drug-related crimes. To combat these issues, a community coalition of local leaders, students, parents, and law enforcement is building an exciting new program called the Stand Project.

Goals:
The Stand Project is so named because it will stand by families that need help combating the threats of addiction. Through educating people about the risks substance abuse poses to young people, pointing people in the way of help, and opening up honest conversations about the truth about drug abuse, they hope to change the way teens make decisions to engage in substance abuse.

The group’s leader is Jenny Ledman, who has supported her own son, Wyatt, in his recovery from addiction. Like many parents, she assumed substance abuse was not something her son would get into. The shock of finding a marijuana pipe in his backpack when he was in the 9th grade shocked her, but led to conversations where she learned she wasn’t alone. Her personal experience taught her that the disease of addiction doesn’t discriminate. She told reporters that “We would be foolish to ignore” the reality of drug abuse going on right in front of us. She is working alongside Police Chief Brian Quinn, school superintendent Paul Imhoff, principal of the high school Andrew Theado, and Director of the Drug-Free Action Institute, Marcie Siedal. It is starting out with 40 members, and expects to grow as the word continues to get out.

One of the most effective ways to prevent drug abuse is through interpersonal education, with parents and other supportive adults talking with kids about these issues, even at an early age. The Stand Project’s aggressive outreach works by going to many schools and community centers and having both experts and people affected by addition talk openly about the physical and emotional problems it causes.

Substance abuse and addiction thrives on denial, deception, and hiding in the shadows, and so recovery must involve being open and truthful. Going beyond short-term fixes, The Stand Project wants to start conversations that will permanently alter a culture of casual, and hidden drug use.

Starting plans:
As of September, 2015, The Stand Project has unveiled a website in which members tell stories, give information, and encourage people to seek help and have honest conversations. In all they do, they strive to provide, in Jenny Ledman’s words, “resources and a partner, not judgement.” She realizes that preaching at kids or trying to force them to obey out of fear will be less effective than giving them the facts and creating space for an open, safe conversation. This is a new way of educating teens, one that will allow the message to stick, rather than resorting to obvious cliches that don’t truly influence behavior.

They expect to have many forums, events and opportunities for connecting and questioning planned in the future. Their first official event was on September 24th, and featured a dynamic speech by Sarah Nerad, a young person in long-term recovery who has pioneered greater access to recovery resources at Ohio State University. Other planned events include a discussion on marijuana legalization on October 22, a presentation to help parents recognize signs of drug use on November 4, and a talk by Dr. Robert Crane on tobacco addiction on November 19th.