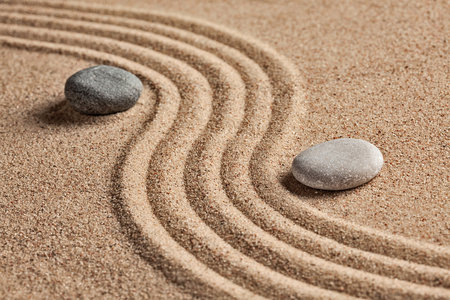 For addicts who have not yet come to terms with their own disease or for people who are simply misinformed about substance abuse, they may have an idea that moderation is a possibility when it comes to drugs or alcohol. Unfortunately, some people become convinced that somehow in spite of their addiction they can reduce their consumption or control their level of abuse so that it doesn’t lead to any negative consequences.

Trying to moderate drinking or drug use is a slippery slope and in most instances will only lead to further abuse. That is because having a little of the substance will only lead to wanting more. Cravings only become worse with moderation and for people with serious addiction problems abstinence is the only effective option.

The Dangers of Advocating Moderation
Attempts at moderation typically crash and burn because of the concept of “priming” often discussed in addiction literature. Priming basically means that the initial consumption of certain substances stimulates the motivation to continue using them even to excessive levels. Research has proven that priming is evident with substances like alcohol and for addicts it means that they will have a difficult time controlling their strong desire to keep drinking or using drugs.

A movement from the 1990s called “moderation management” was founded on the idea that drinkers could have an alternative to AA in which they would learn to effectively manage or moderate their drinking habits. People in this program would not have to remain abstinent but would learn to control how much they drank. Several years later, the founder of the program Audrey Kishline announced that her own drinking problems were too severe to moderate and she would need to try an abstinence program.

Tragically her drinking eventually led to her being involved in a DUI accident in which there were two fatalities- a mother and child in another car. The controversy surrounding this group and its founder’s inability to manage her own issues with moderation only highlight the necessity of abstinence especially in cases of severe addiction.

The Slippery Slope of Managing Addiction
The concept of could potentially work for people who do not truly have a problem with abuse and have not experienced many of the signs and symptoms of addictions. When someone drinks a little too much on the weekends and wants to cut back then moderation can be a good idea. For someone with the disease of addiction moderation is not going to be a very effective way of managing their problems.

As people in recovery know from experience, cravings become a major part of their life and fighting cravings is part of their main focus in battling their addiction. If a craving occurs and they choose to “just have one drink” for example, it will not get rid of the craving but will only serve to increase their cravings and the influence of the substance will reduce their ability to rationally control their actions. It is inevitable in most cases that one drink will lead to one more and the problem will only grow leading to a full relapse. Moderation is a slippery slope that has the strong potential to quickly turn back into active addiction.

Although the idea of only using substances infrequently instead of abstaining from them completely seems appealing to an addict, it is not an effective option for recovery. For plenty of people with substance abuse problems, considering moderation as a solution is only another form of denial. Eventually, the addict will see that their attempts at moderating their behavior are futile in the face of their disease. Abstinence along with professional assistance from a recovery program are the only options that help people manage their addiction successfully.