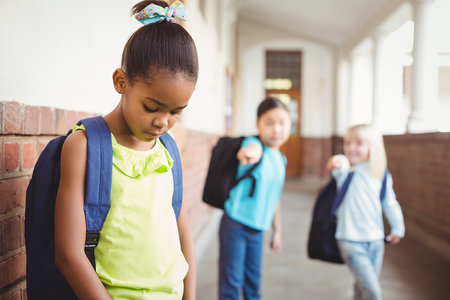 Many adults have had experiences with bullying in their childhood and kids now are not immune to the type of teasing and at times cruelty that can make their school years tumultuous. While many people can see bullying as a reality that is unavoidable, the effects of bullying may be more pronounced than previously thought.

A new study found that children who were bullied more frequently when they were at the age of 8 years old were more likely to develop a psychiatric disorder that required treatment when they reached adulthood. According to the research, kids who were not bullied at that age were less likely to have psychiatric problems in adulthood. Bullying can especially put people at a high risk for developing depression and needing specialized treatment for their issues.

Learning More about Bullying
While previous studies have focused on the effects of bullying throughout childhood, there is less information about its long-term effects. Research has previously found a link between bullying and a higher risk for mental health problems in childhood with issues such as low self-esteem, poor school performance, depression and a higher risk for suicide. But there is not as much information available regarding the psychological of adults that were bullied as children.

Because there is little research that tracks bullied children and follows up on them in adulthood, this new study represents the largest one that has the longest follow-up period tracking children from age 8 to 29. The data was collected from 5,000 children in Finland and gathered information from questionnaires that were filled out by 8 year old kids in school. The questionnaire asked whether they were the victims of bullying or if they had ever bullied other children and how often this behavior occurred. The researchers also asked questions about bullying through a survey given to parents and the children’s teachers.

Bullied Kids as Adults
After researchers gathered preliminary information they divided the kids into certain groups based on their responses – kids who were bullied but did not bully others, kids who bullied others but were not bullied, kids that were bullied and bullied others and kids were not involved in bullying in either respect. The researchers then followed up with the kids in the study from ages 16 to 29 examining their mental health history. The majority of the kids were not involved in bullying and this group had 12 percent that were diagnosed with a psychiatric disorder.

On the other hand 20 percent of those in the group that were bullies had mental health problems and 23 percent who were victims of bullying received psychiatric treatment. The group that had the most issues was the one with kids who were both bullied and bullied others. These children had 31 percent of the group with psychiatric problems that required treatment as they grew older. These particular kids also had the highest rates of depression, anxiety disorders, schizophrenia and substance abuse of all the groups that were studied.

The study found that when a child is bullied and also bullies others it is a serious red flag that parents and teachers should take note of. Kids involved in bullying may already have some psychiatric issues that could later develop into serious mental health issues. Being bullied in childhood is a type of trauma and researchers are hoping to understand what these experiences mean for a child’s development. Bullying can have a negative impact on a child’s social, emotional and psychological development and should be taken seriously by parents and teachers. When adults witness kids being bullied, they can help prevent its negative effects through early intervention.