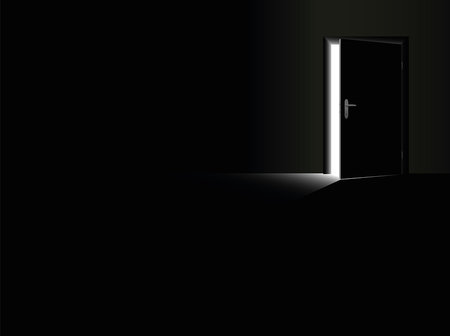 The 2011 National Survey on Drug Use and Health found that 52 million people in the U.S. will use a prescription drug non-medically in their lifetime, dangerously not following the suggestions of a doctor, taking a drug inappropriately for mood-altering effects. One of the most commonly misused drugs is opioid painkillers, that can provide essential pain-killing abilities if used correctly, but also produce numbness and euphoria like the illegal drugs opium or heroin. Even when used for pain, these drugs can have some unpleasant side-effects, the risk of which goes up exponentially with the higher dosages of those taking it non-medically. Recent research has suggested that long-term opioid abuse can have a negative impact on mood, and may be causally linked with clinical depression.

A 2012 survey of 26,000 college students conducted by the American College Health Association found that students who were misusing prescription drugs were significantly more likely to report feeling sad, hopeless, depressed, or suicidal. The link was particularly strong among female students.

A 2013 study published in the Journal of General Internal Medicine further suggested that, among all users, using these prescription painkillers can bring on a risk for depression, that gets elevated the longer use continues. Misusing the drug for 90 days can increase the risk of depression by 25 percent, and misusing it for more than 180 days makes you 53 percent more vulnerable to depression. Given that use of these drugs quadrupled between 1999 and 2009, this strong link with depression is extremely worrying.

Many people who experience the painful emotions of depression are seeking to do whatever it takes to make those feelings go away. Many people with these feelings may consider self-medicating, using the numb high of these drugs to try to forget about their troubling emotions. The problem is that this approach simply represses emotions rather than dealing with them therapeutically, ensuring they will come back with a vengeance later. Furthermore, repeated and escalating use can add on further problems with addiction and potential overdoses.

However, opioid abuse can also trigger depression. With continued use of the drug, dependence may set in, in which a person feels unable to function without the substance’s influence. This dependence can trigger wild mood swings, as a time without the drug may trigger or intensify anxious, hopeless, or sad feelings. Depression is often brought on by a lack of the neurotransmitter dopamine.

Dopamine is one of the chemicals the brain can produce to bring on feelings of relaxation, pleasure and easy. One thing opioids do in the brain is block the reuptake of dopamine, allowing it to stay in the neurons and bring on a very intense experience of euphoria. The problem is that, over time, the body will adapt by producing less dopamine on its own, which means you will feel fewer pleasurable feelings. Activities that used to bring you pleasure may bring you no joy and feel empty, because of the this lack of dopamine.

What can be done:

The use of any drug should be carefully monitored by a doctor, to minimize the risks of side-effects and insure the drug is doing it’s job properly. For this reason, it is very dangerous to give your medication to someone else, since their response may be different from yours. Health care providers should be aware of the tendency of some to use painkillers to self-medicate, and direct their attention towards true therapeutic healing.

If you are struggling with both opioid misuse and depression, hope is available. There are many treatment programs available that can help you manage both conditions and set you free to once again enjoy life, sober. Do not hesitate to reach out today.