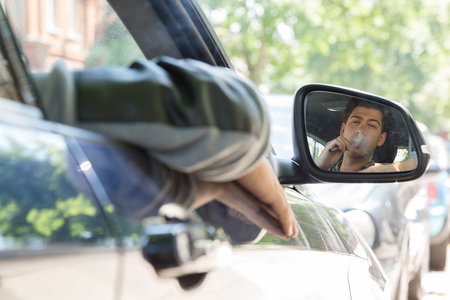 A 2015 study by the National Highway Traffic Safety Administration found that, compared to 2007, people driving under the influence of alcohol had declined by 30 percent. However, the same study found that the number of drivers with marijuana in their system more than doubled.

The risks of driving drunk are well-known, and resources exist to discourage drunk driving and help people find alternative ways home when necessary. Many marijuana users may be less aware of how their use may also make them more dangerous drivers.

As pot use is gaining some legalization and acceptability in some states, it is important to educate people about the risks of stoned driving. Here are some of the facts about how marijuana can affect driving.

As with alcohol, the effect marijuana has on your driving depends on how much you have taken. Greater amounts of THC in your bloodstream make you increasingly more “stoned,” and less capable of the mental clarity and concentration needed to drive safely.

The states of Washington and Colorado have set a limit of 5 ug/l (micrograms of THC per liter of blood), and will pull over and arrest anyone above that limit as driving under the influence. However, the issue of drugged driving is newer than drunk driving, and so we may need further research to determine a responsible threshold.

The search for good limits

Marilyn Huestis, a chemist and investigator working for the National Institute of Drug Abuse, led a study that has been published in June 2015 edition of the journal Drug and Alcohol Dependence that sought to look at different levels of cannabis use that had an effect on driving. 18 occasional pot smokers vaped cannabis at different potency levels, and then were tested with a driving simulator. It was found that marijuana had a dramatic increase in weaving in a lane. On average, they found that a THC level of 13.1 ug/l impaired driving at a level equivalent to a blood alcohol level of 0.08%.

At first glance, the study may appear to show marijuana may impair driving less than previously thought, since weaving only became a serious problem at levels more than twice the current legal limits. However, Dr. Huestis in fact suggests the Colorado and Washington laws may not be strict enough, because of people with lower tolerance than the test subjects.

Like many drugs, using marijuana over time builds up tolerance, so the impact of the drug becomes less over time. At first, even a low dosage of THC can set off a very intense high, but this will weaken over time as the body adjusts to receiving the new substance.

This means that, over time, you will need to consume more to have the same level of intoxicating effect as when you started. Thus, an initial user of cannabis may be a worse driver after lower dosages than someone who uses habitually. This makes establishing universal standards very tricky.

Although many pot smokers are likely to feel their driving is okay, they in fact may be as much as twice as likely to be involved in a serious crash, according to a 2012 study in the British Medical Journal. Marijuana affects the brain by overwhelming it with stimulus, and makes it harder to pay attention to specific detailed-oriented tasks in the midst of a distracting euphoric high.

Compared with drunk drivers, stoned drivers are more likely to be aware of their impairment and compensate with a high level of caution, but the unpredictable nature of traffic means this awareness may not be enough. Under the influence of cannabis, people tend to drive too slowly, and become unaware of their speed. It can also make you less aware of other drivers, people, or objects in the road around you, disrupting spacial reasoning so that drivers cars too closely and have a harder time responding to surprise obstacles.