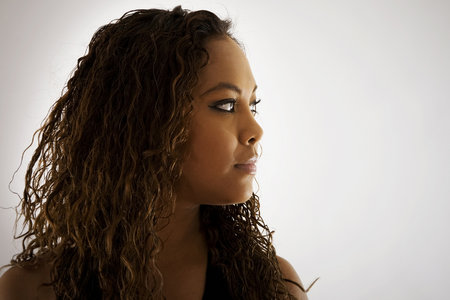 It can be quite difficult to distinguish between an addiction and compulsive behavior, and this is why misdiagnosing oneself is very common and also quite dangerous. It’s important to be aware of the differences between a compulsion and an addiction so that an individual isn’t misdiagnosed, or not diagnosed at all, and suffers from the consequences.

Both require professional treatment, and both can have serious effects on the quality of a person’s life if left untreated. The following can help shed some light on what differentiates the two. Of course, it’s always a good idea to seek professional help if you believe you suffer from compulsive behavior or an addiction.

What is a compulsion?

A compulsion can be defined as an undesirable behavior that a person feels they have little to no control over. Having a compulsion can often mean feeling trapped in a pattern of repetitive and mindless behavior or thinking. A person will feel driven to perform the behavior in an attempt to cope with deep emotional distress.

A compulsion can have serious effects on a person’s life and disrupt any chances at living normally. Despite providing a sense of emotional relief, a compulsion can destroy a person’s quality of life and sense of well being. Some examples of common compulsive behaviors include:

-Cleaning one’s living space in an effort to rid oneself of exposure to dirt, germs, or other forms of contamination.
-Repeating behaviors, such as speaking specific words, names or phrases, or performing an act to relieve anxiety or stress.
-Checking on things, such as locked doors or windows, appliances, or other things around the home repeatedly to make sure they can’t cause harm.
-Organizing or arranging items in our living or work spaces, such as books, furniture, or other items.

These types of compulsive behaviors can be quite difficult to overcome, especially because in many cases the individuals performing them may not even be aware of their actions. These behaviors are commonly performed as a response to anxiety, fear, or to cope with other difficult emotions. The compulsions often take the place of feeling unpleasant emotions, as a person works harder to repress them by performing the action. When compulsions become quite serious and begin to take up the majority of an individual’s time and energy, it can develop into obsessive compulsive disorder.

What is an addiction?

An addiction can be defined as a compulsive need to repeatedly use a habit forming substance or engage in a behavior. An addiction will continue and even grow increasingly stronger despite the damage it does to an individual’s physical and mental health and quality of life.

An addiction can actually cause changes to a person’s brain and can have a significant impact on a person’s ability to control impulses.It is a mental disease that has profound psychological, physiological, and emotional effects. The biggest difference between a compulsion and an addiction is the impact on the brain itself.

Addiction has the biggest neurological impact. It can interfere with the normal functioning of neurotransmitters and chemicals associated with the brain’s reward system, impulse control, motivation, and feeling pleasure.

How to tell the difference.

It’s important to know how to differentiate between an addiction and compulsion so that appropriate actions can be taken to get help. Compulsions are often mixed up with addictions because it also causes a person to become powerless over their own behavior. But addiction differs in that it causes changes to the functioning and chemical makeup of the brain, making it much more difficult to treat.