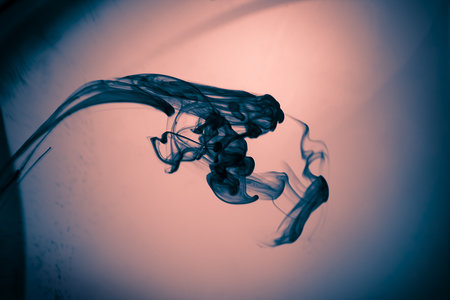 There is always a risk with taking illegal drugs because it will be hard to predict exactly how they will affect the body. Mixing the drug with alcohol is even riskier, as the interaction between the two often causes even stronger effects. The depressive qualities of alcohol create a great strain on the brain and nervous system when combined with a drug that is a stimulant. On the other hand, alcohol and a drug that is also a depressant will double the effects of slowing the nervous system.

The following is a short guide to the interactions between alcohol and various illegal drugs and the dangers mixing the two can create.

Smoking pot and consuming alcohol will have both a physical and psychological effect. By increasing the amount of alcohol in your blood, the body’s ability to absorb the THC in marijuana is greatly enhanced. This means the effects of marijuana are felt much stronger. These effects may include nausea, dizziness, feelings of panic, anxiety attacks, and even paranoia. When alcohol is regularly consumed with marijuana, the long term health effects become much more serious. Damage to the cells occurs, as well as an increased risk for developing cancer.

This combination is very common and is, unfortunately, also one of the more dangerous mixes. Cocaine and alcohol have been known to cause sudden heart attacks and even death. When the two are consumed together, a substance called cocaethylene is produced in the liver that is very toxic and can produce aggressive behavior. This substance takes longer for the body to process than alcohol or cocaine on their own, adding more stress to the liver and heart.

Many people who take ecstasy use alcohol to bring themselves down from the “high” created by the drug. Unfortunately, this combination only makes recovery much more painful and drawn out. Both ecstasy and alcohol have severe dehydrating effects on the body, so when taken together, there is a very high risk for heatstroke and even death.

Even if a person does make an effort to consume water while under the influence of the two substances, the diuretic properties of alcohol make it difficult to keep fluids in the body. Nausea and vomiting are also possible, as well as extreme strain on the liver and kidneys.

Taking amphetamines, or speed accelerates blood pressure and heart rate as well as raises body temperature. Adding alcohol to the mix only makes these effects more pronounced and the results can be deadly. The pressure on the heart caused by mixing the two is a common cause of death. There are also risky behaviors associated with combining alcohol and speed.

Intense emotions, loss of inhibitions, and the energy created by the amphetamines can cause a person to engage in very risky behaviors. Another thing to consider is that the effects of alcohol aren’t felt when under the influence of amphetamines. This means a person is likely to drink alcohol in large amounts and not even realize it.

This combination is especially dangerous, as both substances are downers that slow down heart rate and breathing. Taken together, the effects are doubled putting a person at risk of an overdose and death. Even a small amount of alcohol consumed with heroin is enough to have fatal results. In fact, the majority of those who die from heroin overdoses also had alcohol in their system.