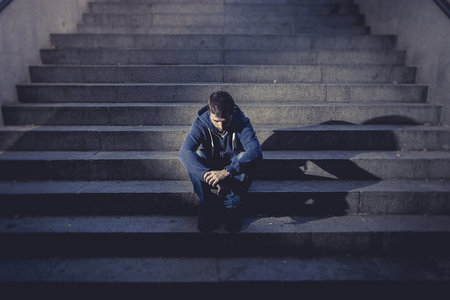 Both depression and eating disorders are complicated conditions that can be a challenge to recognize and treat. The psychological issues that underlie an eating disorder need to be addressed before any progress can be made toward recovery.

An eating disorder often starts in part because of the pressure put on men and women especially to have thin, perfect bodies. Teenage women and young adults are especially susceptible to the messages about body image that the media delivers to us through advertisements, movies, television, and fashion.

Someone who begins judging themselves by these impossible beauty standards is likely to develop a poor self-image along with low self-esteem, when they discover they can never reach those standards. Many eating disorders start this way and contribute to emotional problems as well.

As the individual’s image of themselves becomes more distorted and their self-value gets tied up in their failure to reach their ideal self, feelings of depression begin to surface. Even though depression and eating disorders are two different illnesses, it’s very common for one disorder to trigger the other. As many as 75% of people who have an eating disorder also suffer from depression.

Recognizing the signs of depression.

The most common symptoms of depression for both men and women include:

-Having a hard time with concentration, decision making, and remembering details.
-Low energy and fatigue
-Experiencing recurring feelings of guilt, worthlessness, and loss of motivation.
-Sleep disturbances, including insomnia or sleeping too much.
-Irritability, mood swings, and restlessness.
-Losing interest in hobbies or activities that were once pleasurable.
-Changes in appetite (these could also be linked to an eating disorder)
-Body aches, pains, and digestive problems (these could also be caused by an eating disorder).
-Feeling sad, empty, hopeless, or anxious.
-Suicidal thoughts or attempts at suicide.

Treating depression and an eating disorder.

The first thing that must be addressed is any risks to the health of an individual struggling with these two issues. This could mean immediate treatment or hospitalization for someone who has made an attempt at suicide, is at a dangerously low weight, or is experiencing serious health problems due to their eating disorder. Getting patient health is the first priority. After that, treatment for the psychological aspects of the disorders can begin.

It’s important to develop a tailored treatment plan for each patient. Sometimes in addition to the eating disorder and depression, a person will also be struggling with anxiety, substance abuse, or obsessive-compulsive disorder.

Treatment can address all of these issues if done carefully and by taking the unique characteristics and background of the patient into consideration. Cognitive-behavioral therapy is commonly used to change the destructive behaviors at the core of an eating disorder and also to change damaging thought patterns that often underlie depression.

Medication may also be used in conjunction with psychotherapy to help individuals manage symptoms of depression or other mental health issues. By minimizing those symptoms, a person can feel more able to focus their energy on recovering from an eating disorder like anorexia or bulimia.

A nutritionist may also be used to help retrain the individual on healthy eating habits and to encourage them to eat regularly without feeling any shame, guilt, or fear. Treating an eating disorder along with depression can be done with the right team of specialists and a customized approach.