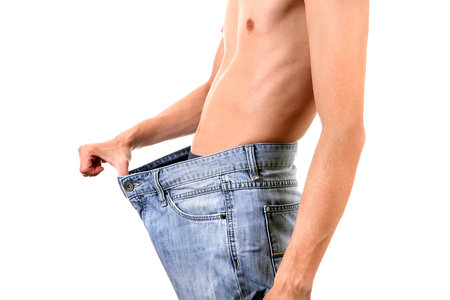 What is behind the rise in male eating disorders?

Just like female eating disorder cases, there are several factors that contribute to eating disorders in males. It’s no surprise that the obsession with looks and perfection in our culture plays a big role in the recent spike in eating disorder cases among both genders. Unfortunately, advertisements and entertainment deliver unrealistic messages to us about how we should look and how our value as people is tied to superficial things like attractiveness and thinness.

The message that being thin and attractive has traditionally been targeted mainly at women, but nowadays the message is also being directed at men. Action figures, male models, actors, and other prominent figures in the media display a masculinity that is tied to having big muscles, flat stomachs, and an overall lean physique. Because the majority of boys and young men don’t fit that physical description, they find themselves comparing their own bodies to those ideals and find themselves lacking. The result is often low self esteem, development of some form of an eating disorder, or an addiction to exercise.

Boys and young men with anorexia display the same destructive habits that females with anorexia do, but their reasons for doing are so are quite different. The pressures they face when it comes to having an ideal “male” body type means they believe they need to be physically strong and muscular. For boys in puberty, this ideal is impossible as their bodies have not even begun to mature yet. Young boys will often obsess over their bodies and looks at a time when they begin to compete with other boys for attention from girls.

Developing a poor body image at this stage of development all too often leads to some form of an eating disorder, or an addiction to exercise or working out. In order to fight this warped sense of an ideal body, parents and educators need to promote an acceptance of one’s own unique body type and encourage critical thinking when it comes to messages from the media. Boys need to know that maturity and masculinity can be developed in other ways besides through looks and body type.

Ways to encourage healthy attitudes toward body image and eating in young men:

-Teach boys and young men that being muscular or athletic isn’t the only way their bodies can be considered ideal. Every person has a unique body due to genetics and they need to accept themselves the way they are
-Boys should understand that there is no need to rush the process of growing up.
-There is no one body type that everyone should be molded to fit into. That kind of control over one’s body is impossible and unhealthy.
-Young boys should be taught to value themselves for inner qualities like intelligence, kindness, talent, etc. instead of the way they look.
-Give a young boy opportunities to build independence and a sense of responsibility at a natural pace. This teaches him to value his own abilities rather than look to superficial qualities to define himself.
-A boy should know that power does not come from having big muscles or physical strength, but from a place within.