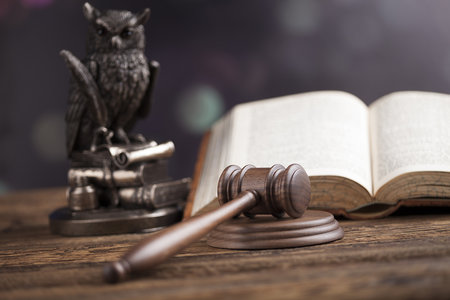 The path of an addict often leads to a point where they hit rock bottom, realize they have a problem and voluntarily enter a treatment center for addiction recovery. Although this is the typical story behind a person’s sobriety, in some cases mandatory treatment can be the catalyst that is able to turn someone’s life around for the better. A number of states in the U.S. have mandatory or “court-ordered” treatment laws that require officials to determine whether a person with a mental illness, severe addiction or both should be involuntarily placed in a treatment center.

Although mandatory treatment may not seem like the ideal scenario in which a person would get the help that they need, it can save lives for those who have gone down a dangerous and destructive path. When people don’t fully realize how much harm they are causing to themselves and others, mandatory treatment can wake them up to reality and give them the chance to clean up their lives.

Recovery through Court-Ordered Rehab
When a person is in the midst of an addiction that could be fueled by a serious mental illness, their denial may be so deep that they have no internal motivation to seek treatment. In many cases an outside source or pressure can help to facilitate the initiation of recovery from an addiction and/or mental disorder. The outside pressure can come in many different forms such an intervention planned by a group of friends and family, but for some people it can come from an arrest, trial and court-ordered treatment.

Although it can be beneficial for a person’s success in recovery to make the decision on their own to seek treatment, rehab itself still has the potential to create positive results even in the case of a legal mandate. A study by the National Institute on Drug Abuse found a group of subjects showed that after five years both those who entered treatment voluntarily and those who were mandated to attend treatment had similar success rates in terms of recovery. Their success was measured based on abstinence levels, re-arrest and employment rates.

Following their treatment, whether voluntary or mandated, both groups were less likely to relapse, had sustained abstinence rates, low instances of re-arrest and improved employment rates. In spite of their lack of motivation to seek treatment on their own, the subjects in this study were able to reach a state functional sobriety and recovery following their mandated treatment.

The Link Between Addiction and Crime
It is common for people with drug addictions to get involved in dangerous and often illegal activities in order to continue their abuse. They could be arrested for drug possession or trafficking and in many cases they may be caught stealing property or money in order to buy drugs. Some heavy drug use can even lead to violent crimes especially in the case of a co-occurring disorder which can exaggerate aggression, anger and other emotions.

The Bureau of Justice Statistics shows that as many as 32 percent of state inmates and 26 percent of federal prisoners reported being under the influence of drugs while committing the crime they were incarcerated for. The survey also found that one in four violent offenders in state prisons were under the influence of drugs when they committed their crimes. Drug courts offer a way to divert some of the many intoxicated arrests into a drug treatment center for rehabilitation.

Treatment is a more productive option than simply incarcerating all of the offenders who are involved in criminal acts due to an addiction. Studies have proven that mandated treatment not only helps to reduce the strain on the prison system but it also helps to improve people’s lives through the positive changes of addiction recovery.