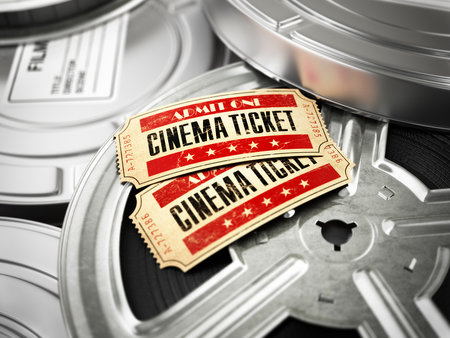 By crafting a deeply sensory experience that draws you in, movies can be a very impactful way of telling a memorable story. It is a medium often suited for telling stories of addiction and recovery that humanize, warn, and inspire other people in their journeys to self-love and sobriety. One organization and event is working to feature a wide variety of these stories, and showing films that tell stories of addiction and recovery. The Reel Recovery Film Festival started in 2009 in Los Angeles, and has expanded to a include nine cities annually. Each city features almost non-stop events for a week, making it one of the longest running recovery events available. Although some events take place in movie theaters, there are also events in unconventional locations, including the San Francisco Women’s Jail, taking the stories to people looking for examples and courage to tell and re-write their own stories.

Films shown at the Reel Recovery Festival include shorts, documentaries, and feature films, both fiction and true, from all over the world, connected by telling some aspect of a story of substance abuse, addiction, and recovery. In addition to films, it also features comedy, speakers, and panel discussions, all focused on telling and promoting stories of the recovery journey.

A wide variety of films are shown at the 2015 festivals, but these are just some that are garnering these important conversations.

Girl on the Edge, directed by Jay Silverman, is a partily fictionalized account of his daughter’s rape, and her ensuing spiral of substance abuse and addiction triggered by that traumatic event. She finally finds hope and recovery in a treatment center that makes use of equine therapy, or horseback riding as a way to accomplish goals and form a bond with a living creature. Told partially from the father’s perspective, it movingly explores the lengths loving parents will go to save their children.

The New York Festival acted as a premier for the documentary How I Got Over, made by Nicole Boxer. It offers intimate and personal portraits of formerly homeless or incarcerated women living at the 8th Street Recovery Center in Washington, D.C. These fifteen women tell their stories of enduring hardship with unvarnished honesty, and allow us to see their journeys of recovery. Along with acting coach Thom Workman, they work to craft and perform a play of their stories at the Kennedy Center, and we see them discover their inner talents and transform from victims to artists.

Another important, educational film featured is The Other Side of Cannabis: Negative Effects of Marijuana on Our Youth. This film combats misinformation that marijuana use is “harmless” by interviewing teen users, parents, addiction specialists, and others explaining how the drug can lead to addiction and psychosis, and other serious problems.

Also being shown is Bill W, a critically acclaimed documentary telling the inspiring story of Bill Wilson, the co-founder of Alcoholic Anonymous. Using archival footage and interviews, it explains how he almost drank himself to death, before forging his own path out of addiction, a program that millions have also found helped them get sober.

There are also a number of films telling the stories of noteworthy artists and musicians. These include As I am, about Adam Goldstein or DJ AM, a groundbreaking DJ who recovered from addiction, and Amy, the noteworthy jazz and neo-soul singer Amy Winehouse and her struggles with drug use, alcoholism, and eating disorders that led to her untimely death.