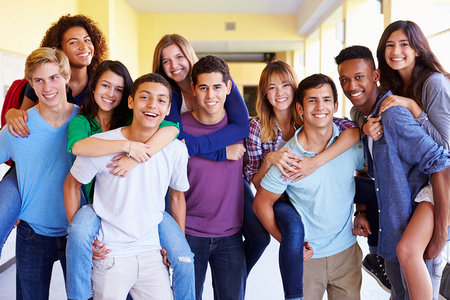 A new study is challenging the public’s perception of youth drug consumption. The survey taken among adolescent aged participants shows that black and Asian youths between 12 to 17 years old have the lowest rates of drug and alcohol use.

Among all the 72,561 adolescents who were surveyed, 37% say they have used either drugs or alcohol in the past year and about 8% fit the criteria of having a substance abuse problem.

When the study’s results were separated by race, the highest rate of drug abuse was found among Native American youths with 48% admitting they had used drugs or alcohol. Closely following were white youths with 39%, Hispanics with 37%, mixed raced teens with 36%, black teens with 32%, and finally 24% of Asian adolescents.

These new findings challenge myths about black youths being the most likely to use and abuse drugs in America. When it came to having an actual substance abuse problem, or symptoms that have a profound impact on social functioning, work or school performance, or giving priority to acquiring drugs, Native American teens still had the highest rate while black and Asian teens were the lowest. The study also analyzed usage of specific drugs such as heroin, cocaine, and prescription painkillers among the same age group.

Researchers who conducted the study say that the overall rate of drug use among all American youths aged 12 to 17 is still too high. Marijuana continues to be the most widely used drug in this age group, with about 13% of the teens polled saying they have tried it.

The rate of heroin use among teens is relatively low, but out of those who say they’ve tried it the rate of abuse was significantly high at about 25%. Lastly, the rate of prescription drug use was at 7% in the group that was polled.

Experts on drug use among teens say that the discrepancies among the various groups has a lot to do with a major lack of sensitivity to the various cultural differences that exist in the U.S. They say the recent findings are proof that we need to create new ways to address drug use among teens that are more effective, sensitive to differences, and more comprehensive.

The need for a new kind of approach is especially urgent, as other studies done recently show that using drugs during adolescent years is a major indicator of becoming an addict in adulthood. Almost 90% of adults who currently abuse drugs or alcohol say they started using them before they turned 18.

Meanwhile, African American youths continue to be the main target of the war on drugs. The majority of those imprisoned for drug charges continues to be mostly African American males. There are six times more black males imprisoned for drug charges than white males. Even though black males are less likely to use or sell drugs than other groups, they are still more likely to get arrested for drug offenses.

The researchers who conducted the study are hoping these new findings will help improve drug prevention and treatment methods, and will clear up myths about drug use among cultural groups in the U.S.