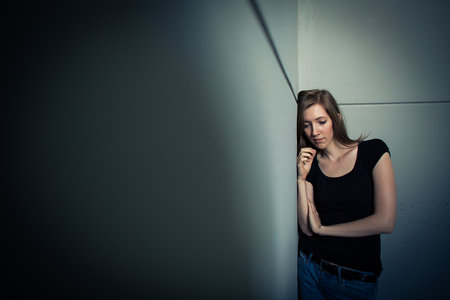 One of the biggest threats to someone’s eating disorder recovery is surprisingly social isolation. It’s unfortunate because many people recovering from anorexia or bulimia tend to put support, community, and connection to others on the backburner as they progress in recovery in other ways.

Because eating disorder behavior occurs in secrecy and isolation, disconnecting oneself from others during recovery can raise the risk of a relapse and create other obstacles. Many times this occurs as a patient transitions out of a recovery program.

The role of isolation in anorexia, bulimia, and other eating disorders.

Every person that struggles with an eating disorder has deep-seated beliefs about themselves that reinforce negative messages about not being good enough. Those who struggle with anorexia and other disordered behaviors truly believe that something is wrong with them and feel utterly alone. This belief only forces a person further into isolation and hopelessness. Their worlds continue to become smaller as feelings of shame intensify.

Isolating oneself can also be seen as a coping mechanism, or a way to disconnect from oneself and from others to cope with intense emotional pain. Eating disorder behavior can give an individual a greater sense of control, a feeling of stability or having a purpose in life, or even a sense of belonging. Starving oneself, binging and purging, and other behaviors act as ways to take control or fix things when nothing else seems to be going right.

As an eating disorder sufferer finds themselves feeling increasingly isolated with little to no social support, they will turn toward disordered behaviors more and more. The isolation will force them to keep feelings to themselves. They will also begin to lose trust in others. Pushing away any kind of emotional support from friends, family, or others can be quite common as suspicion grows. This stems either from a deep sense of not being worthy of love or support or simply a fear of being hurt by others.

Finding the path to healing and connection.

Opening oneself to the healing process in eating disorder recovery is especially difficult because of the big role social isolation plays. It’s important for there to be more than one source of dependable social support, as well as opportunities to socialize in a safe setting.

This can come in the form of group and individual therapy, 12 step meetings, and other support groups, as well as the kinds of people surrounding an eating disorder sufferer during treatment. Therapists, counselors, nutritionists, doctors, and peers can provide opportunities for socializing and opening oneself to connecting with others. These people can help create a strong network of support and healing.

Learning to be vulnerable.

Of course, opening oneself up to connecting with others involves a willingness to be vulnerable. This can be especially hard for someone who has grown accustomed to living in isolation, distrust, and shame. The first is the hardest and the most frightening, but once the process is begun a person can quickly begin to see the results of their efforts.

Communicating with others in a productive way and creating a network of support can build a strong base for an individual’s recovery and help teach skills that will carry them into the future. In the process, an eating disorder will also learn that they are not alone in their struggles.