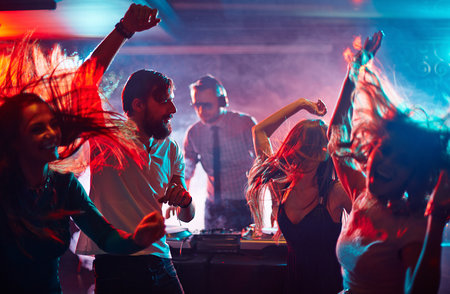 The sober clubbing movement has swept the globe as a healthy alternative to partying for those who choose to do so without drugs or alcohol. These so-called sober dance parties are taking place in venues and clubs in several major cities. The idea behind the movement is to take away all the negative elements associated with partying, like getting drunk, high, or other self-destructive behavior, and replacing them with a more positive and lucid experience. The result is a fun and exhilarating experience that leaves participants feeling guilt-free.

Anyone who is sober knows what it feels like to be one of the few people in a group going out who doesn’t drink. It can be awkward going to a bar or club, and sipping on seltzer water while your friends get drunk. Sober dance parties like Daybreaker and others give sober people a chance to experience the hedonistic atmosphere of a club without feeling left out. Many of the parties start as early as 6 am and serve coffee, energy bars, raw juice, and other alternative beverages alongside a healthy dose of thumping music and crazy visuals. Partygoers are encouraged to dress in their most colorful club gear. There are often yoga sessions and motivational speeches included with the dancing as well.

Not everyone who attends these parties is sober. Daybreaker and other events attract a mix of people who want to enjoy the carefree atmosphere of a dance club without the negativity that so often goes along with it. For example, Daybreaker events attract an average of 450 partygoers and often sell out in major cities like New York, Los Angeles, and London. The events typically include a yoga warm-up, 2 hours of a live DJ with a dance party, and unlimited snacks and beverages. The crowd consists mostly of 20 and 30 somethings, mixed with older adults. Many Daybreaker attendees stop by the parties before heading to the office, where they trade in their club outfits for ties and briefcases.

Sober dance partygoers say the events are a great way to start off their day. The dancing and positivity of the morning carry them through the rest of the day. Instead of using alcohol to break the ice among others, the dancing, music, and generally good vibes bring people together to form new friendships, or at least a dance partner for the day. Many people say they attend the parties on their own and still have a great time mingling, dancing, and enjoying refreshments.

Daybreaker is one of the more high energy sober events out there. For those who want something a little more low key, there are other sober parties that have a more spiritual focus. These events will incorporate activities such as yoga, meditation, and sound baths along with raw juices, teas, and healthy snacks. Attendees can relax and unwind, and then mingle with others over refreshments. The events give sober people and anyone looking for an alternative to bars and clubs, an opportunity to connect with others in a more positive environment.

The “sober clubbing” movement is catching on in many big cities with events selling out regularly. There are also craft mocktail bars opening up for those who seek a way to enjoy the nightlife without having to feel out of place. The events have become a great way for sober people to get out and connect with others in a way that makes them feel supported. It’s also just a great way to let loose and have fun.