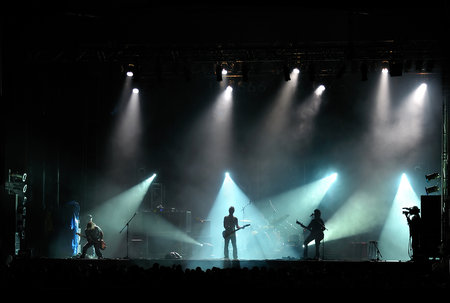 The former frontman of the Stone Temple Pilots tragically passed away in December of last year and in spite of his heroic battle against addiction, he was found to have a fatally toxic mix of drugs in his system at the time of his death. The singer, only 48 years old, had a mixture of cocaine, ethanol, and the amphetamine MDA in his system that caused his accidental death while on a tour bus near Minneapolis.

His passing affected fans around the world that have followed his music through the decades and tributes poured in over social media. His wife, Mary Forsberg, wrote a candid essay in which she asked people not to “glorify his death” and spoke about how the children lost their father years ago as Weiland’s addiction changed his behavior. She said that she witnessed his sadness and confusion as he would call her late at night crying about his inability to separate himself from negative people and bad choices. It was no secret that Scott Weiland struggled with substance abuse for years and it was his inability to separate himself from that lifestyle that ultimately took his life.

The Beginning of His Addiction
Weiland’s struggles with drugs began during his time singing for Stone Temple Pilots. While on tour in 1993 with other hugely successful bands, some of the other musicians bought heroin and Weiland felt the urge to join in on the rock star lifestyle. His first experience with heroin left him feeling free of any doubts or demons and it was a feeling that he craved over and over again.

His heroin addiction became a problem that would plague him ever since as he went in and out of rehab, relapsing multiple times and even being arrested for drug possession. He would shoot speedballs which are lethal cocktails of cocaine and heroin, putting his life in danger repeatedly. In periods of time when he was clean, Weiland would often get the urge to drink which would eventually lead to him wanting to shoot heroin again. It was a self-destructive cycle that he found difficult to escape.

Underlying Causes of Substance Abuse
Scott Weiland had other issues that may have contributed to his problems with drug abuse and his inability to get clean for good. In 2001 he was diagnosed with bipolar disorder, a mental illness that can worsen the cycle of addiction because of its extreme mood changes. His mental health could also affect his creative process, causing him to write numerous songs in a manic stage or be unable to get out of bed in a period of depression.

Although he began taking medication for his disorder, it could have been a factor in his multiple relapses and his problems staying clean. Weiland has also said in an interview that he had an experience of rape when he was only 12 years old. It was a memory that he had blocked out but it re-emerged while he was in rehab going to daily therapy. A boy his own age had raped him but he never told anyone for fear of what would happen. A traumatic childhood experience as well as an undiagnosed mental illness could have been major contributors to his issues of addiction.

In June of 2015, Weiland claimed that he had been off of drugs for 13 years following comments made by Richard Patrick, the frontman of Filter, who said that fans were pushing him closer to death by accepting his drug addiction. Weiland said that he had not done heroin since 2002. His wife admitted that he had been drinking a lot before his death but had promised that he would get it together on tour. Unfortunately, police found numerous prescription drugs and bags of cocaine on Weiland’s bus after he passed away. Although the talented songwriter and singer tried to escape his substance abuse problems, he was never able to fully move on from his addiction.