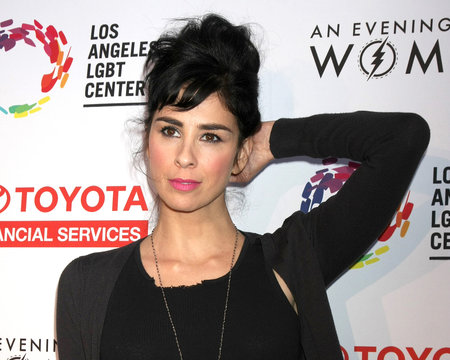 The comedian and actress Sarah Silverman is best known for witty and innovative comedy unafraid to tackle social taboos head-on, saying ironically offensive things with a sweet, soft voice and expression. That fearlessness is still on display with her more serious role in the movie I Smile Back. In this film her character Laney struggles with trauma, bipolar disorder, and addiction. We see the journey of her hiding her substance abuse and emotional turmoil in a “perfect” looking suburban life, of collapsing, and starting the work of getting her life back.

The Story:
Many so-called “functioning” addicts seem to have their lives all together. They may be succeeding in a career, appear wealthy, or seem to have a lot of close relationships. Yet, there is another side to them that they hide from others, and even from themselves. They do everything they can to keep their substance abuse hidden, and this often makes it hard for them to see how addiction has taken over their lives. Laney lives in a large home with two adopted children and a husband who she seems to genuinely care for deeply. Yet at the same time, she has several hidden secrets, and her life is not as functional as it seems. In addition to heavy drinking and cocaine use, she stopped taking lithium and rarely eats.

As the film progresses, there are times when her co-occurring disorders do affect her behavior in troubling ways, as she screams in anger or pleads for reassurance from her family in desperate and inappropriate ways, as well as isolates herself and cuts herself off from her family. However, at other times, she is a deeply loving, supportive, and comforting mother and woman with many gifts. She also has unresolved childhood issues, and trauma that contributes to her behavior. She is basically a complex human being, with both good and bad, and in desperate need of recovery.

Personal Experience:
As a young child, Sarah herself struggled with depression in the past, and at one point was taking Xanax excessively. She is very upfront about these struggles in her memoir The Bedwetter, and brought that real life experience into a very committed and moving performance. Her direct experience with mental illness, childhood trauma, and addiction allowed her performance to have unspeakable power, even if it is a departure from her usual, comedic and joyfully shocking self.

Mental Illness and Addiction:
Speaking to The Fix, the film’s director Adam Salky described the story as one in which “addiction and mental illness can be intertwined.” Many people struggle with these co-occurring disorders, affected both by mental illness and substance dependency. The National Association on Mental Illness reports that half of all people living with severe mental illness also experience substance abuse, and almost half of all people in treatment for drug addiction have a mental illness. Thus, the coexistence of these two debilitating conditions is very common. Many types of substance abuse can worsen symptoms of mental illness, and many people with mental illness turn to self-medicating as a way to try to make it through the day. While fictional, the story Sarah Silverman portrays is a common one of a person caught in situations she can’t control, and dealing with them in ways that only bring more harm. It is a story that desperately needs to be told, and serve as an example, warning, and inspiration for others.

After winning the Official Selection award at the 2015 Sundance, Toronto, and Chicago film festivals, I Smile Back is receiving a great deal of acclaim, and is available in theaters and through DVD and On Demand video services starting in November, 2015.