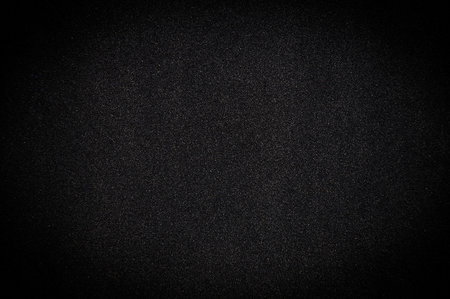 Sarah Hepola has worked as a comedian, and writer for many publications, covering topics including travel, music, film, and sexuality. Currently, she works as the personal essays editor for Salon.com and “reads people’s secrets for a living.” In June of 2015, she published her memoir, Blackout: Remembering the Things I Drank to Forget.

In it, Sarah reveals her own secrets, as someone with a long history of drinking heavily and the work she did to get sober. In her first book, she accounts how alcohol, that started out “the fuel of all adventures,” led to many experiences that she didn’t remember, a blank space of hours she would have to spend the next day trying to figure out. In her account of addiction and recovery, she places special emphasis on these moments where she lost all sense of control and awareness, and ended up in a variety of inexplicable situations.

Stories of confusion:
In her book, Sarah writes of a life of stress, anxiety, and perfectionism, and how alcohol freed her from those feelings. Yet what started out as a tool to get past insecurity and introversion overtakes her life. In the middle of her most severe drunkenness, there are times when “A curtain falling in the middle of the act, leaving minutes and sometimes hours in the dark.”

At first, she simply regarded this as a romantic adventure, shrugging off these potentially dangerous experiences as part of a good story, believing “the best evenings were the ones you might regret.” However, as these patterns of wild behavior she couldn’t remember, things became more scary, and she reflected on a life that was truly out of control and filled with accidents, conversations, and sexual encounters in which she wasn’t fully aware of what was happening.

Ironically, the one thing that she turned to to try to gain fearlessness became the main source of her strongest fears. The day after blacking out, ” I would torture myself thinking of the awful things I might have said or done,” Hepola writes. “My mind became an endless loop of what scared me the most.” At a point she identifies as her lowest, she regained awareness in the middle of having sex with a stranger, then panics looking for her purse that she left in her own room.

Aaron White, an advisor for the National Institute on Alcohol Abuse and Alcoholism, found in survey of Duke University students who drank that 51 percent had experienced at least one blackout. Anen hoc blackout means a total erasure of an event from a person’s memory. Other people may experience a brownout, in which only bits and pieces are forgotten. This is caused by large amounts of alcohol affecting the hippocampus that codes information into contextual memories. Vulnerability to blackouts increases the faster a drinker’s blood alcohol content is rising.

Women are more vulnerable to blackouts than men, since female bodies produce less alcohol dehydrogenase, the enzyme that breaks alcohol down. A 2013 report by the Center for Disease Control found that 14 million women in the United States were binge drinking three times a month or more, showing this is a problem that is rising and not going away easily.

Blacking out is a very serious consequence of heavy drinking, and is one of the key ways alcohol can easily transform into something scary and mysterious. In her courageous, poignant memoir Sarah Hepola has shared her experiences and true feelings, in a way that will hopefully be an important education in just how dangerous and overpowering habitual heavy drinking can be.