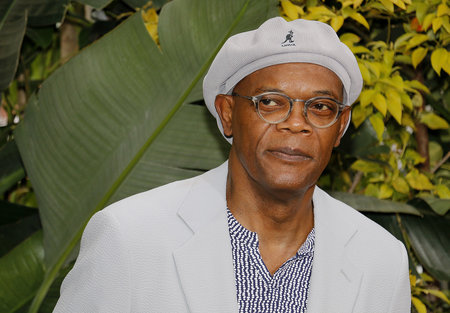 Although he has been a successful and beloved actor for decades, Samuel L. Jackson has been through some dark moments in his life that he shared publicly. In a recent interview for a radio show, Jackson spoke candidly about the depths of his past drug addiction and what he went through when he finally hit rock bottom.

He said his moment came after a bachelor party where he had been drinking all day and afterward decided to get some cocaine to keep the party going. He went home and cooked the drugs before passing out in his kitchen where his wife and daughter found him on the floor.

The experience of being discovered by his family was enough to motivate him to seek out an old high school friend who now works as a drug counsellor. He then went to a rehab program in upstate New York the very next day.

A Once Struggling Actor and Addict
Jackson has been sober since 1991 and has never been secretive or private about his past issues with drug abuse. He struggled with drug addiction for years while trying to make a name for himself in the New York theatre scene throughout the 1970s and 80s.

Although he had a good reputation as a talented actor, Jackson says he was a drug addict and was out of his mind through most of those years in theatre. At the time he was acting in award winning plays and working with great people who challenged him to improve his craft and yet his addiction stood in his way. After the incident of being found passed out on the kitchen floor, his wife LaTanya Richardson urged him to get clean not only for the sake of his health but for his career.

She told him that his acting would only improve and evolve if he were sober because he would connect emotionally with his characters. Once he became clean Jackson began to play his greatest roles and his career took off. Jackson has said that his sobriety did improve his acting after all as he was better able to focus on the relationships with other people on stage rather than getting a reaction from the audience.

Becoming a Hollywood Favorite
Now Samuel L. Jackson is one of the biggest stars in Hollywood and his films have grossed billions of dollars over the years. Now Jackson considers himself a workaholic because he loves to act and he believes in the craft of acting. Since he became clean in the early 90s, Jackson has averaged about five films and his earnings have recently made him a top box office star.

As an actor he has a commitment to his craft that people often find intimidating and surprising. Other actors that have worked with him say he always comes to set fully prepared and has memorized not only his own lines but those of the other characters as well. He also insists on and expects total professionalism from everyone else on set and wants things done his way at all times.

Jackson has always been a respected actor since his theater days in the 70s which caught the attention of Spike Lee who cast him in his 1988 film “School Days”. He continued to work with Lee on several other films but it was after he became sober that he finally got his breakthrough role in “Jungle Fever”.

His career skyrocketed in 1994 when Quentin Tarantino cast him in Pulp Fiction and Samuel L. Jackson became a universally loved and highly sought after actor in Hollywood. Jackson is above all a professional and committed actor who was able to evolve and succeed through his decision to turn his life around.