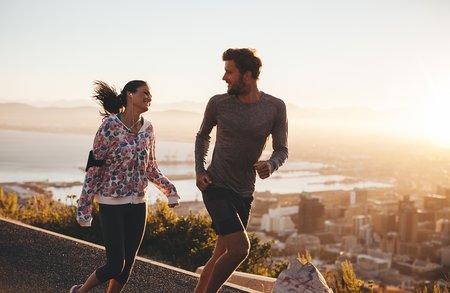 People who suffer from issues like depression often find that physical activity, like running regularly, can help fight some of their symptoms. This has been well-known for some time but new research suggests that a combination of both physical and mental training known as MAP training can provide substantial help for people diagnosed with major depressive disorder.

There have already been numerous studies to prove the effectiveness of running or physical activity and separate research showing that mental training like meditation can be helpful as well. This is a new study which examines how the two types of activities can be used together for a more powerful way to combat symptoms of depression.

Neurogenesis and Depression
One of the studies using MAP training involving both meditation and physical activity showed that they were able to reduce symptoms in a group of young people with major depressive disorder by a margin of 40 percent on average. This data is impressive for this type of research and shows the major potential that this form of treatment could have on patients suffering from serious depression problems.

The reasons why a combination of physical and mental training work so well is still unclear but the researchers believe it may be related to the neurogenesis theory of depression. This theory involves research that showed some depressed people generate fewer neurons in the hippocampus than non-depressed people do throughout their lifespan. This may be one of the reasons anti-depressants help people with depression – because they generate both serotonin and increase neurogenesis.

Creating Healthy Neurons through MAP Training
Because the generations of new neurons may be linked to improving depression, the theory can extend to MAP training as well. Certain animal studies have proven that aerobic activities such as running can double the amount of new neurons in some cases.

However, the new neurons often don’t survive very long after they are born. With meditation though, these new neurons generated by physical activity may be able to stay in the brain longer. Research has shown that effortful mental training experiences keep a significant number of new cells alive in the brain that are produced through aerobic exercise. Combining the two activities then will help improve healthy neuron production and theoretically as a result, help reduce depression.

To test their theory, researchers studied 52 young adults of which 22 were diagnosed with major depressive disorder while the rest were healthy individuals. All of the people in the study were provided with MAP training sessions twice a week for a total of eight weeks.

Each session involved 30 minutes of meditation and 30 minutes of running on a treadmill. At the beginning of the study, the participants completed a survey measuring their symptoms of depression and took a test to measure their cognitive control.

This new study confirmed some results from a previous smaller study involving young homeless mothers suffering from depression who were able to decrease their symptoms by nearly half. Although the idea of increasing healthy neurons through running and meditation is a promising theory, the researchers do not know for sure why they were able to see positive results.

Whatever the reason may be, there is substantial evidence that both running and meditation separately or combined can help reduce symptoms of depression even for those with a diagnosed disorder.