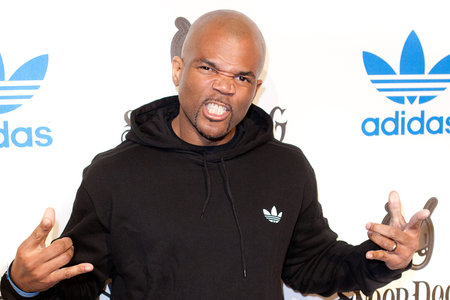 Darryl McDaniels, or “DMC” as he is better known, was one of the pioneers of hip hop in the 80s but few know about the struggles he experienced in his past. He recently released his memoir titled “Ten Ways Not to Commit Suicide” which chronicles his issues with addiction and depression which led him to the point of feeling suicidal.

McDaniels is now twelve years sober and says that music helped save his life and keeps him going through dark moments of depression. He says that he hopes his story can help other people experiencing these problems to feel that they are not alone and they can recover from depression.

Discovering Creativity and Hip Hop
The rapper known as DMC or “Devastating Mic Controller” grew up in Queens, New York and was always a creative child who would draw and write stories about super heroes. He began to channel his creativity into music when he discovered hip hop through listening to groups like Grandmaster Flash and learned how to DJ with turntables in a mixer in his parents’ basement.

Eventually he and his friend Joseph “Run” Simmons along with Jam Master Jay formed a group and Run encouraged McDaniels to start rapping instead of being a DJ. He began to prefer rapping and adopted the name DMC for his performances.

The group Run DMC went on to become one of the most successful and influential rap groups of the early hip hop movement. They released their debut album in 1984 and their third album “Raising Hell” reached number one on the hip hop charts making them the most popular rap group at the time.

Issues with Alcoholism on Tour
It was in the midst of their fame that McDaniels began to develop a drinking problem. In his memoir he writes about how he used alcohol as a way to boost his confidence on and off the stage throughout the 80s and 90s. He began to have a reputation as a heavy drinker, consuming up to eight forty ounce bottles of malt liquor a day.

He was also arrested twice for public intoxication and driving under the influence of alcohol. It was later in 1997 that the rapper’s issues with depression became more severe. While on tour in Japan that year McDaniels said that he wanted to kill himself everyday as he slid into a dark depression.

Their rigorous schedule of performing and traveling made him unhappy as he spent too much time away from his wife and newborn son. His drinking escalated and he used prescription drugs to ease the pain and stress of touring. His voice also began to give out as he developed an illness known as spasmodic dysphonia which causes involuntary spasms of the larynx muscles.

As McDaniels reached his lowest point of depression and suicidal thoughts he heard Sarah McLachlan’s song “Angel” on the radio and it touched him so deeply that he credits her music with saving his life. He began to reassess his career and the direction his life was going as he listened to “Angel” every day for a year.

He was later able to record a song with McLachlan in her home studio in Vancouver. McDaniels has drifted apart from his former bandmate Run who wanted to continue their aggressive hip hop style as DMC wanted to move in a different musical direction. McDaniels now focuses on his own musical projects including an upcoming collaborations album featuring artists such as Sum 41. He says that like his book the new album will be about his struggles with depression and alcoholism, communicating the emotions he experienced while living through these problems and surviving.