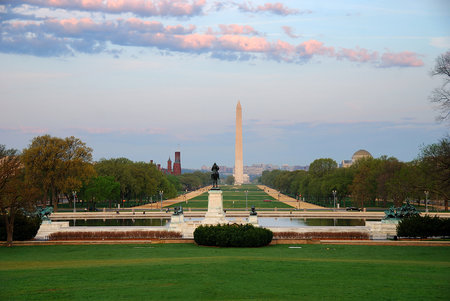 Some of music’s biggest stars performed this Sunday to help raise awareness about the dangers of addiction on the National Mall. Known as the UNITE to Face Addiction Rally, the free concert included performances by such big names as Steven Tyler, Sheryl Crow, Joe Walsh of the Eagles, John Rzeznik of the Goo Goo Dolls as well as popular newcomers the Fray, Jason Isbell and Aloe Blacc.

Many of the musicians supporting this event have been through their own experiences with addiction and can relate personally to the topic of the rally. The event was a major success with tens of thousands of people attending and 700 partners joining together for the first ever rally of its kind. The Face Addiction event was part of a new effort to change the conversation from problems to solutions for issues of addiction in America.

Speaking Out About Addiction
The National Mall was packed with people looking to experience the message of hope and trying to overcome the stigma of addiction which often keeps people from getting the help they need. Addiction is a disease that will impact at third of American households at some point and many people still feel the need to keep their problem a secret for fear of being judged or stigmatized. The audience was filled with supporters of the cause and even addicts in recovery who hoped to be inspired by the message of the rally.

There were also inspiring speakers at the rally including Allison Janney an actress who plays a mother in recovery for drug addiction on the television show “Mom”. Janney lost a brother due to addiction in 2011 and spoke passionately about the need to provide hope for people who are struggling with issues of substance abuse. Other speakers included the co-creator of “Mom” Chuck Lorre, TV host Dr. Oz and even the U.S. Surgeon general to discuss addiction.

A Message Close to Home for Performers
The performers at the show were also passionate about the subject of the rally including Joe Walsh who has had his own experiences with addiction. The Eagles guitarist is a recovering alcoholic who is concerned about how rampant addiction has become in the U.S. including prescription drugs, illegal drugs, alcohol and cigarettes.

He said that physically and medically, addiction is tearing the country to pieces. Walsh teamed up with Facing Addiction and was instrumental in getting the event to take place. Other performers like Steven Tyler are also very vocal about their addiction and recovery. Singer-songwriter Jason Isbell wrote his recent album “Southeastern” while recovering from addiction and its lyrics focus largely on his experiences with substance abuse, change and recovery.

The Fray wrote a song called “How to Save a Life” about reaching out to someone struggling with drug addiction. One of the organizers of the rally, Laszlo Jaress has also been in active recovery for the past two years since realizing he had a drinking problem while in grad school.

The organizers of the rally really hope to get the message across that addiction is something that impacts everyone with 22 million Americans suffering from a substance abuse disorder and more than 23 million living in recovery. They say that everyone has been affected in some way and that we all know someone that has struggled with addiction.

They are also advocating for equitable access to addiction treatment, normalizing addiction and bringing it into public consciousness as America’s true health crisis. The event provided a way for people afflicted with addiction to come out and stand with everyone else affected by the disease. The rally was organized to draw attention to needs of the addicted and how important the issue of addiction is for the U.S.