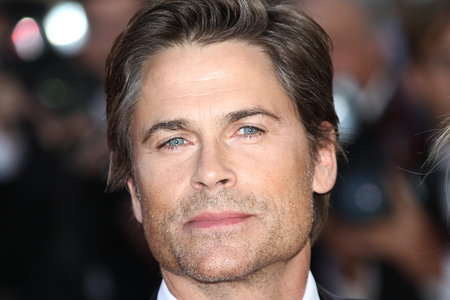 Actor Rob Lowe’s career has stayed strong in recent years thanks to his commitment to recovery and sobriety, something that he feels blessed to have achieved. Lowe has been sober for twenty five years and was recently honored with the Spirit of Sobriety award at the Brent Shapiro Foundation Summer Spectacular in Beverly Hills.

At the event the actor was able to speak candidly about his addiction and journey to recovery that ultimately changed his life for the better. Lowe is vocal about his recovery even tweeting about his gratitude for sobriety and helping others deal with their own addictions in the community. When he was at the height of his popularity in the 80s and 90s, Lowe was in the throes of addiction until he met his wife Sheryl Berkoff and knew he had to get sober to keep her. He credits his wife with helping him start the process of his long journey to living a healthier lifestyle.

Addiction and Scandal for a Young Actor
Lowe has been no stranger to scandal due to his reckless behavior caused by addiction to cocaine and alcohol. A notorious playboy and one of the biggest heartthrobs of the 80s, Lowe drank and partied excessively with his so-called Brat Pack friends and spent nights with countless women. In 1988 he was involved in an infamous sex scandal where he was seen in a video tape with two women, one of whom was only 16 years old.

Instead of burning out and fading away like many of his contemporaries of the time, Lowe was able to make a comeback and reform his image to maintain his acting career. In 1991 he married Sheryl, a makeup artist and the love of his life whom he had known since meeting on a blind date in 1983. When they met, Lowe was a huge star after starring in the film “the Outsiders” and was in a downward spiral of partying and drinking. He decided to become sober in 1990, saving their relationship and his career after the fallout caused by the sex tape.

Recovery and a Changing Career
After getting sober, Lowe was able to obtain roles in huge hits such as “Wayne’s World” and “Austin Powers”, but his biggest success came from the television political drama “The West Wing” for which he was Emmy and Golden Globe nominated. Lowe eventually left that show due to feeling underappreciated and underpaid in spite of the show’s popularity and critical acclaim. More recently Lowe took on a role in the comedy, “Parks and Recreation” that was meant to be temporary but became a permanent character on the show for four years. He eventually left the show and is now starring in his new sitcom “the Grinder” alongside fellow teen star Fred Savage.

After reaching the milestone of 25 years sober, Rob Lowe was able to receive an award for his hard work in recovery. As he accepted the Spirit of Sobriety Award, Lowe addressed an audience of 1,000 people speaking humbly about his struggles with addiction. He said that recovery is a road full of “unexpected gifts” and that sobriety has given him everything of value in his life including integrity, honesty and most importantly gratitude.

Lowe was honored to receive the award and spoke with compassionate and honesty about addiction and how it shaped his life. He called alcoholism and the chance to recover from his addiction a “gift” and thanked everyone that supported him over the years including his wife, Sheryl. He told the audience that his wife was his inspiration to get sober and stood by him throughout all of the hard lessons he learned in recovery.