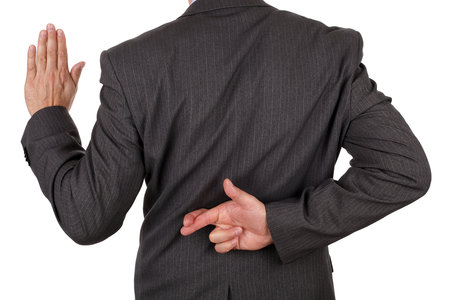 People with addictions develop a habit of lying and deceiving others as well as themselves. They tend to keep secrets and hide the true extent of their behavior so that they will not be criticized or asked to stop their substance abuse. Keeping secrets can be detrimental to a person’s life especially when they are the kind of secrets that allow you to behave in a harmful way. There is a concept often discussed in addiction programs known as “rigorous honesty”. It means that sober people need to have a habit of being painstakingly honest at all times and in all situations. This means being honest with yourself and others so that you let go of any secrets that could be harmful to your progress in recovery.

Breaking the Habit of Lying
Dishonesty can come in many different forms especially for people with addictions. Before entering recovery they might have made it a habit to lie several times a day and even had trouble keeping track of all their lies, excuses, and stories. Lying and deception become natural and virtually automatic when a person is addicted to drugs or alcohol. Addicts lie to themselves to stay in denial, to their loved ones to keep them around, and to the world to avoid stigmatization.

They might lie about big things and small things, to avoid rejection and judgment or simply to feel better about themselves and keep up appearances. An addict may eventually feel completely burdened by all their lies and it could be a motivating factor in choosing recovery. As much as they want to leave all their lies behind sometimes the habit becomes so entrenched in them that it takes time to reach a point of “rigorous honesty”. They will have to accomplish a lot in their recovery work so that they feel more comfortable with telling the truth at all times.

Struggles of Being Honest
Rigorous honesty can be challenging because it means you are no longer taking the easy route in situations where lying could be an easier option. In some cases being honest could mean sharing thoughts and feelings that have consequences but for someone in recovery, they must always choose to tell the truth in spite of the possible outcome. Addicts in recovery have to remain conscious about their lying habits, even catching themselves in the middle of a lie and correcting it no matter how embarrassing it might be.

Complete and total honesty means being honest with yourself, with your higher power, and other people including family, health care providers, therapists, peers in a recovery program, and friends. Rigorous honesty helps to establish more authentic relationships with people that could involve more struggles and failures than an addict is used to. While addicts lie to keep people around or avoid conflict and anger, their new habit of honesty could cause more contention then they would like. Ultimately though it will deepen their relationships with those closest to them and improve communication with family and friends.

While being completely honest at all times is ideal for people in recovery to strive for, they should not expect themselves to be perfect. Making mistakes is a part of being human and it can take a long time to form new habits that become second nature. Addicts also need to use discretion with their honesty and understand when it needs to be used. Being honest does not mean giving harsh criticism or being unnecessarily cruel, it means telling the truth for important things not as a means of hurting other people. Although honesty may be hard for people with addictions, letting go of secrets can be a cathartic experience that over time will improve their lives.