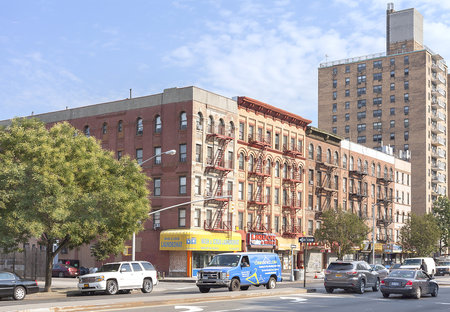 A prominent doctor in the field of addiction treatment, Dr. Beny Primm passed away at age 87 leaving behind a legacy of important changes and progress in public health. Dr. Primm helped to start some of New York City’s first methadone clinics to treat heroin addicts in the 1960s.

He also worked as an advocate for clean needle programs during the AIDS epidemic of the 1980s. His work made him internationally respected among the medical community and recognized by the World Health Organization as well as the International Conference for Ministers of Health and AIDS prevention.

Primm helped to found the Addiction Research Treatment Corporation in Brooklyn, New York and served as executive director for decades to provide help for a community that was devastated by heroin addiction. The ARTC is one of the largest minority non-profit community-based substance abuse treatment programs in the country and treats over 2,300 men and women annually.

Helping Minorities Fight Heroin Addiction
Dr. Primm was a doctor treating trauma cases at Harlem Hospital in the early 1960s when he became aware of the epidemic of drug addiction that was wreaking havoc in New York. He was an anesthesiologist treating young people in the ER who were riddled with knife and bullet wounds. He knew that drug addiction was the cause of the violence in his community and wanted to work to stop the young African Americans in the city from dying on the streets.

In 1969 he founded the ARTC which opened a methadone clinic in the Fort Greene section of Brooklyn and over a few years opened a half-dozen treatment centers in Brooklyn and Manhattan. He eventually became recognized as an authority on treatment for heroin addiction. Because of his knowledge of heroin abuse he was quick to see the connection between intravenous drugs and the AIDS epidemic which terrified New York in the 1980s.

Working in HIV and AIDS Prevention
When Dr. Beny Primm saw his first AIDS case, it was through one of his addiction patients in 1983. As more tests became available for HIV he discovered that more than 40 percent of his patients were infected with the virus that causes AIDS.

Primm realized that sharing needles among heroin addicts was a major cause of the spreading virus throughout New York. He became an outspoken advocate for clean needle use, starting programs and information campaigns targeted at high-risk populations to stop people from sharing needles. He brought attention to the fact that IV substance abusers were more at risk and dying more frequently from AIDS than anyone else.

Because of his expertise and prominent work in the field of AIDS prevention and health, he was named to Ronald Reagan’s Presidential Commission on the HIV Epidemic in 1987. As a part of the president’s plan to handle the AIDS crisis, Primm recommended that intravenous drug users be given on-demand treatment.

Dr. Primm also served under President Bush for the National Drug Abuse Advisory Council and the director of the Office of Treatment Improvement, an agency that works with state programs and community groups offering drug and alcohol treatment.

In 1981 he founded the Urban Resource Institute, a group that provides career counseling and job training for addicts and a safe haven for victims of domestic violence. He continued to serve as the executive director of the ARTC until his retirement in 2013.

Throughout his life, Dr. Beny Primm worked tirelessly to improve the lives of people that suffered from drug abuse as well as victims of the AIDs epidemic. His knowledge and expertise helped him serve his community and the federal government in order to make groundbreaking progress in the field of drug addiction and HIV prevention.