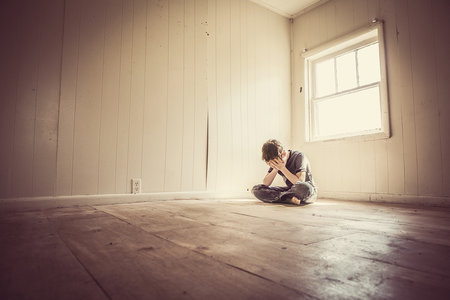 1. Frequent feelings of euphoria.
Euphoria is best described as a feeling of extreme excitement, happiness, and well being. It is an intense emotion that doesn’t normally last very long. People who abuse drugs and experience euphoric feelings will often fall into a deep depression soon afterward.

The shift between the two moods will be very drastic and noticeable. Drugs that create feelings of euphoria are often some of the most addictive and can create a full blown dependence very quickly. It’s important to get help for a friend or other loved one if you observe drastic changes in mood.

2. Anxiety or paranoia.
Another common emotion experienced during the period of coming off of a drug is extreme anxiety or paranoia. This will will include any kind of feeling of unease, worry, nervousness, or a feeling that others are out to get you.

These feelings will normally revolve around a future event, person, or past occurrence. Sometimes anxiety can also stem from depression that is already present, and not from drug use. It’s important to differentiate between possible origins of the anxiety.

3. Physical signs of addiction.
A drug addiction will always take a toll on a person’s body. Look for obvious changes in physical health and appearance, including drastic weight loss or gain, jittery hands, scars or marks on arms, red or bloodshot eyes, tooth erosion, or restless behavior. Noticing these signs on a frequent basis is a strong indicator of a substance abuse problem.

4. Drug cravings.
Frequently craving a drug is another strong sign that addiction is taking hold. Someone who is experiencing cravings will often be irritated or on edge when they’re not using drugs. They will also spend the majority of their time looking for the next score of their drug of choice.

5. Drug paraphernalia.
Observing paraphernalia such as bongs, pipes, needles, spoons, foil, or even pill bottles in a person’s possession on a regular basis is another sign that addiction may be taking hold.

6. Loss of interest.
A person who is slowly losing themself to addiction will begin to neglect other areas of life, such as hobbies, responsibilities, and relationships. Their general attitude toward life or activities that don’t involve drugs will be an apathetic one. As their cravings for drugs become more powerful, their focus on the drug intensifies and everything else begins to fall away.

7. Abnormal behavior.
A general change in behavior that seems erratic or uncharacteristic of the person is a sign that something is amiss. The person may say or do things that they would normally never do. Their personality may change, or they may seem confused, scattered, or out of it.

9. Stealing.
As a person becomes more desperate to score, they will often turn to behaviors such as stealing or other criminal behavior to get their next fix.

10. Secrecy.
A sudden increase in secrecy is a sign that a person is developing a dependency on drugs. They may spend a lot of energy on hiding their habit because they either feel ashamed or paranoid. Their secrecy can often be excessive and a person will become extremely defensive when confronted about their beahvior.