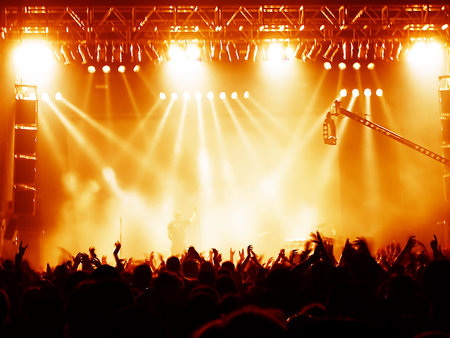 The 12-step program of recovery from addiction dates back to the 1930s and is the most well-known method of achieving sobriety. It has attracted the attention and saved the lives, of countless people from every walk of life imaginable. People who couldn’t be more different from each other meet, united only in their desire to stop drinking and using drugs, and work to support and encourage each other in that goal. It has adapted itself to every culture, sub-culture, religion, and philosophical view imaginable, with each unique addict bringing his or her unique story in the way the recovery journey is approached.

Jack Grisham is the last person on earth to do things the way other people did them. He is a very innovative and powerful musician, most noted as the lead singer of the hardcore punk band T.S.O.L. (True Sounds of Liberty). T.S.O.L. is characterized by an eclectic style drawing many sub-genres of punk, and in-your-face music powerfully communicating unapologetically political messages like “Abolish Government” and “Peace Through Power.” He has never been guided by what other people should think, but by confidently doing what he feels is right. This personality trait shines through in the unique approach he has taken to his recovery from addiction.

A Destructive Path:
Like many talented and driven musicians, Jack Grisham used drugs heavily as a teenager and early in his musical career. In an interview with the online punk zine ZZZList.com, he explained that “I was a nut… whiffing inhalants, taking pills, doing coke, smoking hash, drinking… I could hold a crazy amount of booze.” Reflecting further on this time in his life, Jack describes himself as “so completely self-absorbed that I had no idea what was going on.” He got into many fights and conflicts that lead to tensions in his band and tangles with the law.

Hope:
His first wife encouraged him to go to Alcoholics Anonymous meetings, and the message impacted him right away. In his words, “For some reason, I really believed them.” He has been attending meetings and has been sober for 26 years. Recently, he has written a book A Principle of Recovery: An Unconventional Journey Through The 12 Steps, talking more about his journey and his way of thinking through the program and making it line up with his beliefs, experience, and journey to healing.

Independent Sobriety:
Speaking to the addiction issues website The Fix, Jack Grisham laments the ways in which the system of recovery programs and sponsorship can be abused as a way of controlling people or getting them to conform to someone else’s image of what recovery “should” look like. On the contrary, the core of recovery should be “think for yourself, ask questions.” For Jack, the life of sobriety should be one of freedom, not of fear. That is why he tells the people he sponsors, “I trust God enough to let you have your own experience. And if you find something new, give it to me, share it with me.“ Recovery is not about blind compliance, but rather about surrendering to your true self, getting in touch with what is really right for you.

He explains how the 12-step path down the process of recovery is really about “waking up,” about breaking false ways of seeing things, and looking at yourself, and the world around you, the way things really are. Recovery in this sense is about waking up to the truth.

Getting sober is not about becoming a mindless robot, or being remade in the image of acceptability or appealing to someone else’s standards. True recovery means learning the truth about yourself and becoming your best, true self, your own way, faithful to your own story. Jack Grisham has recognized and embraced this central truth and is now dedicated to spreading this message to whomever else needs to hear it.