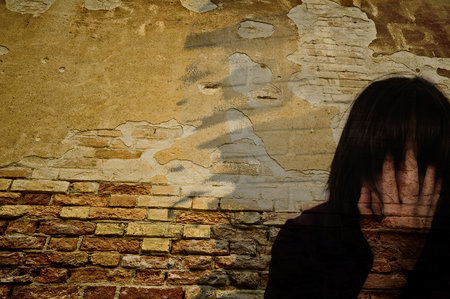 A new trend is providing solidarity to those who have been impacted some way in their lives by issues of mental illness or addiction. Project Semicolon describes itself as a “faith-based non-profit movement dedicated to presenting hope and love to those who are struggling with depression, suicide, addiction, or self-injury.” As a show of support for the project or as a way to signify that they have been influenced by these issues, people are getting the grammatical symbol of the semicolon tattooed on their body in solidarity.

For them, the semi-colon represents a sentence that could have ended but continues on, in the same way, that their lives could have ended through suicide or other issues but they have managed to survive their struggle. The symbol is a message of strength, hope, and love for people whose lives have been changed by the difficulties of mental illness, suicide, or addiction.

The Story Behind the Project
The project was started in 2013 by Amy Bleuel who was inspired by her own struggle after she lost her father to suicide. Her father’s death led to her own issues with depression, mental illness, and suicide attempts. Bleuel decided to get a semicolon tattoo to honor her father because it is a symbol that an author chooses instead of ending a sentence and she felt that she was the author of her own life who chose to continue living.

The symbol is meant to honor not only suicide survivors but anyone who has dealt with destructive behavior that could have ended their life. The project began simply as a day for people to draw semicolons on their wrists in remembrance but supporters eventually chose to get tattoos on their own. Project Semicolon has now spread far beyond what Bleuel ever anticipated with musician support and social media her message of hope and love has spread through many different countries throughout the world.

Starting a Dialogue about Mental Illness
The tattoos are meant both as a way to acknowledge your own struggle but also as a conversation starter so that people can more openly talk about their loss or their stories while maintaining a presence of a loved one. Those who choose to get the tattoo as part of the project have finally reached the point where they can accept the part of themselves that struggles with mental illness and other issues.

Instead of hiding or denying their problems they can discuss them with others and acknowledge that they struggle in a way that could inspire the people around them. Many people share their stories of lost loved ones and choose to get a semicolon tattoo so that they can remember a family member or close friend that has died and the effect that the loss has had on them. Project Semicolon is there to encourage people and let them know that their story deserves to be shared and that they are a survivor meant to spread inspiration and hope to other people who are struggling.

Although the Project Semicolon organization does not currently provide any mental health services, Amy Bleuel hopes that the project will expand in important ways. She wants to continue to build the project as a non-profit through public speaking and outreach. The founder of the project also hopes to partner with and donate to other organizations that have similar missions.

As the movement grows she hopes to eventually begin financially contributing to education and treatment for mental illness and addiction issues. Project Semicolon began as one person’s story of struggle and hope and has grown into a movement for anyone to share their own story or look for inspiration in other people’s journeys of survival.