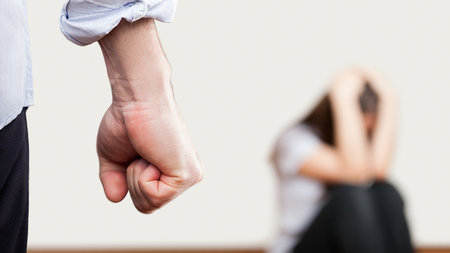 Violence is not always correlated with certain disorders but there are increased risks to individuals exhibiting violent behaviors based on their psychology and lifestyle. Statistics show that some people with mental illnesses left untreated can be more prone to having violent tendencies. However, substance abuse is more likely than mental illness to cause violence and the combination of the two is even more highly correlated to violence.

The only effective way to reduce the risk of violent behavior among people suffering from mental illness, substance abuse or both is to receive professional treatment and medication if necessary. Voluntary treatment is usually the best option, but in many cases mandatory treatment can be effective at reducing violence and criminal behavior in those with a dual diagnosis.

Factors in Violent Behavior
Although people with mental illnesses can occasionally have issues of violence, the contribution of people with psychological disorders to violent behavior is relatively small. The biggest determinants of violence are actually socio-demographic and economic factors as well as substance abuse. An addiction to drugs can be a major factor in issues of violence whether or not it occurs along with a mental illness. Heavy drug users can be violent but those with a co-occurring disorder have a higher risk of engaging in violent activities.

In order to prevent any danger of developing violent tendencies, early identification and treatment of substance abuse problems is crucial as well as greater attention to the diagnosis and management of drug use issues among the mentally ill. Violence prevention strategies can allow those with co-occurring disorders to avoid getting involved in crime and harming others.

Risk Assessment and Treatment
The public tends to exaggerate the strength of the association between mental illness and violence. Most individuals suffering from a mental illness to do not pose any threat to others and are more often victims of violence rather than the perpetrators.

The vast majority of people with mental illnesses do not exhibit many violent tendencies but studies show that concurrent issues with a substance abuse disorder can often double the risk of violence in many individuals. Research shows that people with schizophrenia have the lowest occurrences of violence while those with major depression and bipolar disorder have higher rates of violent activity.

Because substance abuse can increase the risk of violence among all individuals and especially those with issues of mental illness, it is important to provide addiction treatment as early as possible. Violent incidents can often be sparked by the conditions of a person’s social life and the quality of their social interactions. Addiction can be destructive to relationships and cause people to become isolated as they become consumed by their substance abuse.

The influence of the drugs themselves as well as the consequences they have on a person’s life can serve to increase the risk of violence. Quitting and permanently abstaining from drug use can greatly reduce the possibility that someone will engage in criminal or violent behavior if they are vulnerable to those actions in any way. People with mental illnesses who receive proper treatment are less likely to engage in substance abuse and can avoid any violent behavior through the help of high quality care.