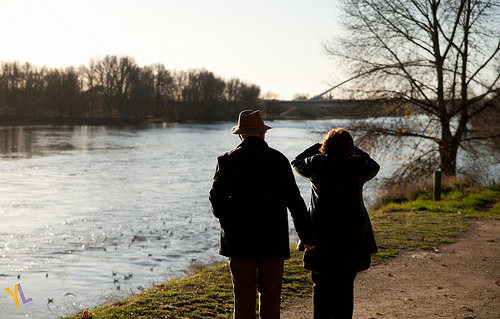 Recent statistics on the age range of heroin addicts and number of deaths due to heroin overdose in America have yielded surprising results. Older Americans, or those between the ages of 50 to 64, make up growing number of addicts. The number has nearly quintupled in the last decade and continues to steadily rise. Alcohol has traditionally been the most commonly abused substance in this age group, but the dramatic rise in heroin abuse in older Americans has experts taking a closer look at what could be behind the phenomenon. After hearing this startling news, many of us are left wondering: why are so many members of the so called baby boomer generation abusing heroin?

The answer to that question may actually not be what you expect. There are a few theories as to why older Americans are increasingly abusing heroin, but theory that makes the most sense points the finger at prescription drugs. It turns out that adults in the 45 to 64 year old age range are prescribed more drugs than any other age group in America, with painkillers and anxiety meds being the most common. These prescription drugs, which include Valium, Xanax and Vicodin, are highly addictive and easy to abuse. For an individual with multiple prescriptions, the potential for developing an addiction and even overdosing is even higher.

Other theories on why drug abuse is becoming so common among seniors point to the physical effect drugs have on the bodies of individuals in this age group. The effects of aging on the body, coupled with the health problems that inevitably come with getting older, make a senior more easily susceptible to the impact of drugs or alcohol.

The nature of retirement itself, and the changes it brings to an individual’s social and economic conditions, are also big factors. All too often retirement brings difficult changes into an older adult’s life.

Along with feelings of:

Can lead a senior to turn to drugs or alcohol for comfort. These difficult emotions are actually triggers for anyone at any age. For seniors, it may be even more difficult for a family member, friend, or even a doctor to notice that substance abuse is taking place when symptoms like memory loss and confusion may also be present due to the natural process of aging. This fact makes it even more important for medical staff, doctors, and family members to be on the lookout for any signs of substance abuse.

Are There Checks and Balances in the Medical Community?

The medical community’s overeagerness to prescribe its patients meds for almost every ailment, ranging from joint pain to anxiety and insomnia, is another practice that needs to be looked at more critically. People across the country are misusing prescription medications, and seniors are doing it the most because they are prescribed the highest number of these drugs.

Managing pain or anxiety starts out with what seems like a simple solution of taking medication, but as a senior’s tolerance for the medication grows and they begin to turn to the drugs for relief from emotional pain, the prescription drugs are no longer enough. This is when many older patients begin turning to something more powerful, like heroin.

Treating an older adult with an addiction to heroin is quite complicated because they often need to remain on other medications that often include painkillers to keep health conditions under control. Along with recognizing the abuse that’s going on in this age group, treating prescription drug and heroin addiction among the baby boomers is the biggest challenge doctors and addiction specialists face.