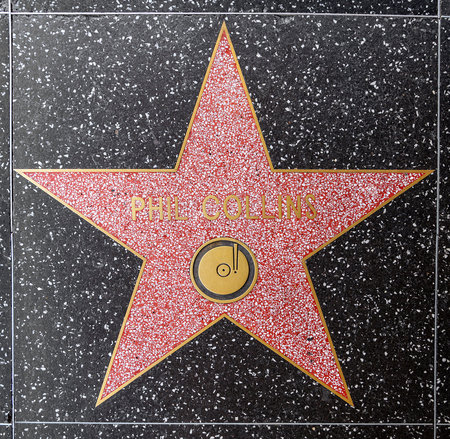 One of the most prolific solo artists in music has recently opened up about his struggles with alcoholism, how it almost ruined his family and career, and what he’s doing now to stay sober and healthy. 64 year old Phil Collins has sold more than 150 million albums as a solo artist, in addition to selling millions with his former band Genesis.His achievements in the music industry have made him a worldwide star, however problems with alcohol almost cost him his life.

Collins has recently spoken about how he hit his bottom sometime in 2008, after a divorce from his third wife, Orianne Cevey. The couple has two sons, and after the divorce, they relocated to Miami with their mother leaving Collins on his own to deal with the emotional aftermath of the split.

Collins was also dealing with health problems at the time, including a spinal cord injury that made it impossible for him to play the drums. In a recent interview, Collins described how he turned to drinking instead, waking up the morning to drink wine, and then continuing on to the vodka for the remainder of the day.

The habit began taking a toll on his health, eventually leading to pancreatitis. Collins also said that he would take pills and end up injuring himself. His depression only deepened, to the point where he began making preparations for his death. Collins says at that point it was the thought of his sons that brought him back to reality, and gave him the motivation to finally seek help.

Collins’ sons also expressed their desire for their father to begin writing music again, something the singer began to do by buying a piano. Going to Alcoholics Anonymous meetings and a series of back surgeries has helped Collins get back on the path to better health. He has since relocated to Malibu to help raise his sons and start a new life.

The singer continues to undergo treatment for back injuries that date back to 2007. While on tour with Genesis that year, Collins dislocated a vertebrae in his neck that caused nerve damage in his hands. He was unable to play the drums for years after. After his most recent surgery, doctors are saying that Collins should be able to once again play the instrument after a full recovery and with some practice.

The last time Collins released new material was in 2002, with an album titled Testify and an accompanying tour called The First Farewell Tour. Now he says he’s getting ready to release another solo album and go out on the road to promote it.

In February, Collins and ex wife Cevey announced that they plan on getting remarried. Cevey says their previous divorce was a mistake, and that she remained close to Collins through their sons. She explained that Collins helped her through her own health ordeal, which made her realize that the couple were indeed meant to be together. Collins and Cevey were previously married in Switzerland in 1999 and have two sons together. They ended their relationship in 2006.

Meanwhile Collins is planning to release remastered versions of all eight of his studio albums, along with some previously unreleased material. Collins continues to focus on his health and has no immediate plans to tour, although one show is scheduled for March in Miami Beach. Collins will perform an acoustic set backed by some of his children at the “Dreaming On The Beach” benefit gala.