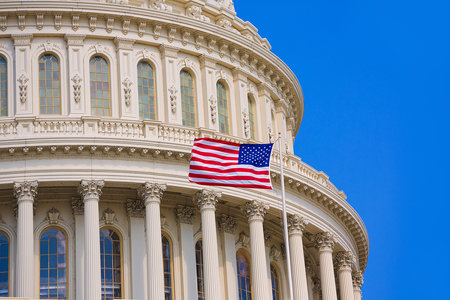 As a former Congressman and part of a political legacy through his father Senator Ted Kennedy, Patrick Kennedy found he had to live a double life by hiding a serious addiction for years that was fueled by bipolar disorder. It was only after he hit rock bottom that Kennedy had the courage to admit to the public that he had a problem with alcoholism. Now he has released a book called “A Common Struggle: A Personal Journey through the Past and Future of Mental Illness and Addiction” which chronicles his life and the difficulties he went through to finally become sober.

The book reveals his story of addiction and redemption along with a history of substance abuse that ran in his famous family. Kennedy says the book is called “A Common Struggle” because mental illness and addiction are diseases that know no boundaries and can affect families regardless of race, gender or economics. He wrote the book as a way to let go of the many secrets he had to keep to maintain his reputation.

A Family History of Addiction and Illness
Patrick Kennedy was a Rhode Island Congressman who’s drinking became so out of control that he drove straight into a police barricade in Washington D.C. during his tenure, incoherently telling an officer he was late for a vote. It was after this incident that Kennedy decided to admit his alcohol problem to the public during a press conference and soon after enter a rehab treatment program at the Mayo Clinic. In his book Kennedy discusses how his drinking began at the young age of 13 around the time that his parents divorced.

He also writes about how he witnessed alcoholism in his parents, especially his mother Joan who he says was in a “fog” through much of his childhood. While his mother’s alcoholism was inherited through her own mother, Ted’s drinking was likely influenced by a difficult life in which his two brothers were assassinated and a car accident in which his young colleague drowned. Patrick says that the things his father experienced likely caused him to develop post-traumatic stress disorder but his generation did not understand this disease yet. Instead of receiving treatment his father self-medicated through alcohol.

Advocating for Mental Health
Although Patrick Kennedy’s book has caused a rift between he and his family he asserts that everything he has written is completely true and he has the freedom to write about these things because it represents his own personal story. Patrick wants to remove some of the shame and secrecy that he experienced in his family so that his children will not have to live the way he grew up. Kennedy also wants to make changes in the way that America handles mental illness; a problem which he says is still stigmatized in our country.

Patrick has started the Kennedy Forum, a political action committee and program that will monitor how insurance companies make their decisions about coverage. He says that although it is illegal under Obama’s Affordable Care Act, many insurance companies deny coverage for people with pre-existing conditions including mental illness. He also continues to advocate for more advanced treatment research to improve mental services through better understanding of its causes.

Patrick Kennedy has been sober for five years and has his symptoms of bipolar disorder controlled as well. He was able to overcome a serious issue with denial to finally come to terms with his own problem and that of his family members. He struggled to deal with the pressures of public life after being elected to office at age 21 and it wasn’t until he left Congress that he was able to finally deal with his substance abuse problems. Kennedy will continue to fight for his beliefs about mental health and speak truthfully about his own experiences with addiction.