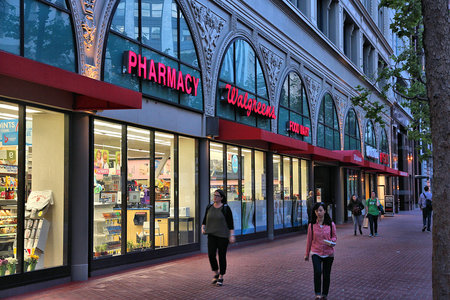 Like much of the United States, Oklahoma is facing an unprecedented levels of substance abuse and deaths from drug overdoses. The Oklahoma State Department of Health reports that between 2007 and 2012, almost 3,900 people in the state died due to unintentional poisoning, the fifth highest rate in the country. Four out of five of these deaths involved the misuse of a prescription drug, most often a opioid painkiller.

Drugs such as hydrocodone, oxycodone, and alprazolam are taken at times or at levels that do not serve their intended medical purpose, and this misuse can be extremely dangerous, addictive, and costly to the user. The 2010 National Survey on Drug Use and Health reported that Oklahoma leads the nation in this new drug epidemic, with more than 8% of the state’s people ages 12 and up misusing a prescription painkiller.

Fortunately, the large pharmacy chain Walgreens is making major steps to try to correct this problem. On June 20, 2016, the company announced it will begin two programs in the state designed to combat this problem.

Disposal:
One of the main ways in which these drugs get abused is when spare pills get into the wrong hands, either being stolen, sold, or found by curious teenagers. Thus, it is important that people with a prescription for painkillers have a way of disposing of them after the patient no longer has a use for them. Currently, 9 Walgreens in Oklahoma have installed safe medicine disposal kiosks. The patient simply takes any drug, including controlled substances, and can throw them away in these kiosks freely and conveniently. There are kiosks in Broken Arrow, Claremore, Edmond, Midwest City, Oklahoma City, and a few in Tulsa. Over the course of this year, the disposal units are expected to become available nationwide, available at over 500 Walgreens stores.

Naloxone:
Naloxone (brand name Narcan) is a very effective opioid antidote, that neutralizes the effects of opioids in the body. It is especially effective if someone has taken an overdose of opioids. Excessive or unregulated opioid use is especially dangerous because it depresses the central nervous system and respiratory system, making it likely that an overdose victim will stop breathing, or have a hard time breathing enough. However, a dose of naloxone will totally neutralize even a high dose of opioids, allowing the person to breath normally. It can be administered by nasal spray or injection. If the person has not been taking opioids, naloxone will have no effect.

Traditionally, nalxone’s use has been limited to emergency first-responders, and available only as prescription. However, it takes a minimal amount of training to administer, and has no potential for abuse. Thus, expanding the use of naloxone can increase the availability of the life-saving drug to people who care for people with addiction issues, saving their life so they can live another day to hopefully work towards recovery.

The Oklahoma Walgreens plan will make Naloxone available without a prescription. They have already started selling the life saving tool at 115 of its stores in Oklahoma, and will soon expand its availability to every store in the state.

A Hopeful Sign:
Richard Ashworth, Walgreens’ President of Pharmacy and Retail Operations announced the store’s new policies saying “As a pharmacy, we are committed to playing a role in what must be a comprehensive solution to prevent prescription drug and opioid abuse.” In order to effectively combat the nation’s opioid abuse crisis, it’s going to take a variety of concerned people and organizations thinking creatively about what they can do to help fight this addiction crisis. The new efforts of Walgreens are major steps in working to reduce the people who misuse and suffer from these drugs.