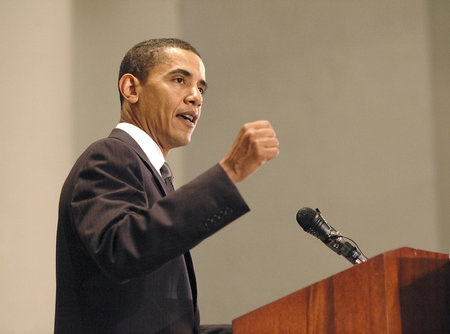 On July, 13, 2015, President Obama commuted the sentences of 46 people incarcerated for drug crimes, releasing them from prison arguing the sentences they had served were disproportionate to their crimes. In his presidency, Obama has commuted 76 sentences that were defined as “nonviolent drug offenders” by the Justice Department.

These were people put in prison for years and even decades when their only crime was buying, using, or selling drugs. Releasing them from prison is part of Obama’s broader agenda of criminal justice reform, that includes a bipartisan- supported dramatic shift in how the federal government is seeking to deal with illegal drug use.

Hope for a new start

Those who received clemency had been in prison at least 10 years, had a good prison record, and were not convicted of a violent crime Obama stated that “at it’s heart, America is a nation of second chances,” and that “these folks deserve a second chance.” With the intent of helping them take advantage of their second chance, he sent each inmate a letter to make smarter choices, and put the work forward on building a better life. Each inmate will be directed to a halfway house to aid in their transition.

These people set free to live out their second chance represent only a very small fraction of people in prison due to drug laws that many people now feel are excessively draconian. In a speech to the NAACP and in a visit to a prison in Oklahoma, the President is drawing attention to a large number of people who have received long prison sentences for relatively minor drug crimes.

In fact, these recent clemencies were selected from more than 35,000 people in prison who have appealed to Obama for early release. That is 17 percent of the federal prison population, in a country that incarcerates more people than any other nation on earth, according to the International Center for Prison Studies in London.

In the 1980s and 1990s, when issues of drug use, addiction, and crime first began to be seen as serious issues by the federal government, both Democrats and Republicans declared a self-proclaimed “War on Drugs” to discourage their use. New laws dramatically increased the mandatory minimum sentences for using or selling drugs, in hopes that harsh punishments would act as deterrents that keep people away from their use.

New perspectives in drug abuse and addiction have led some people to question if these harsh punishments are really the best way to discourage drug use. New, more effective approaches have emphasized helping addicts receive opportunities for treatment and resources to live as sober and productive members of society. Punishing someone for using drugs has proven to be less effective at eliminating addiction than working to give addicts access to rebuild their lives.

The White House has embraced many aspects of this new approach, pushing Congress towards legislation that can, in the words of White House Press Secretary Josh Earnest, bring “greater fairness and justice to our criminal justice system.” The U.S. spends $80 billion a year on incarcerating people, and at least part of that money could be better spent in education, economic development, and public health efforts shown to be more effective at truly preventing and stopping drug addiction, abuse, and trafficking.