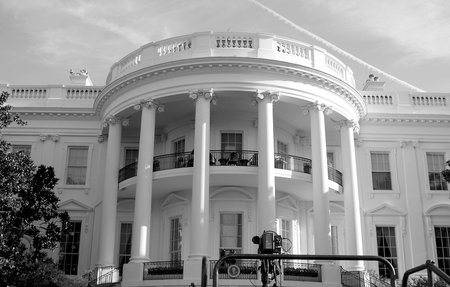 Recently Obama made a presidential address in order to talk to the nation about the need for addiction recovery and awareness. He was joined by Macklemore, a popular hip-hip artist who has had many of his own public struggles with drug addiction. The Seattle-born artist was arrested at only 15 years of age and ended up in Juvenile Drug Court.

He is now a Grammy-winning artist and rapper that has been vocal about his beliefs in different areas of politics. He joined Obama in order to discuss the importance of drug recovery programs and the need to call politicians to fund more programs for people in need. Drug addiction has become a serious epidemic in the U.S. with more people dying from drug overdoses each year than from traffic accidents.

The number of deaths from opioid overdose has tripled since the year 2000. Obama is hoping to create change that will help improve the situation that currently exists with drug addiction in our country.

Prescription Painkillers and American Abuse
As part of the president’s address, Macklemore introduced himself by saying that he has had personal battles with drug addiction and without the help of a recovery program he would not be here today. Obama began speaking on the topic of prescription drug abuse which has become the most common addiction in the U.S.

He said that many addictions can begin through the medicine cabinet because these drugs are legal and easily obtained through physicians that are willing to prescribe painkillers. The president said that 44 percent of Americans have known someone personally that is addicted to prescription painkillers.

Macklemore then shared his story of losing a close friend to a prescription overdose when he was just 21 years old. He described the reality that addiction is not just something that happens to particular groups of people it can truly happen to anyone from any background.

Efforts Toward Change and Recovery
In the video Obama spoke about how his administration is working with communities to try to reduce the number of overdose deaths from opioids. The U.S. House of Representatives also passed several bills recently to fight opioid addiction but the Obama administration worries that this legislation will not include enough funding to expand addiction recovery treatment.

The administration is also working with law enforcement in order to get drug offenders treatment instead of jail time. Macklemore asserted that twelve step programs and rehab facilities work effectively to end addiction and they saved his life. As part of his efforts to fight addiction Obama has asked congress to expand access to recovery services and to give first responders tools to treat overdoses and reduce the number of deaths due to drug use.

Obama says that we need to invest more in treatment so that Americans can get the help that they need to fight their abuse problems. He also believes that awareness and making private struggles public can help people battle the stigma associated with addiction that can often prevent them from looking for treatment.

Because of his ability to identify as a former addict, Macklemore stated in the address that addiction is not a personal failing but a disease that is treatable and takes a strong community and resources to overcome. The popular hip hop artist entered rehab in 2008 and has been sober since even though he acknowledges that the struggle with addiction is an ongoing process.

Obama and Macklemore engaged in a longer conversation about addiction that is set to air on MTV this summer as part of their effort to raise awareness and get people to join in the discussion about what we can do to reduce substance abuse in the U.S.