It has been found by officials that nearly 13 residents in Pennsylvania are lost each day due to overdose from opioids and heroin.

Recently, attention has been called on this situation by Josh Shapiro, the state’s Attorney General.

At a meeting with officials from Mount Pocono and Monroe counties, Shapiro announced his concern as well as warnings for the future. 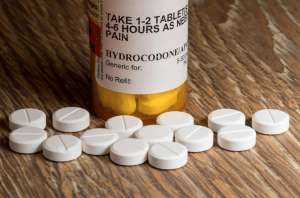 He is currently on a tour publicly speaking throughout the state about these issues. The opioid epidemic is devastating areas across our nation but will only be combatted through these small daily efforts. Over time, the epidemic will subside.

Shapiro has also set out to find more statistics that show just how much they have been impacted.

He has come to find, shockingly enough, that it would cost less in the long run to treat addicts rather than pay 24,000 each year to have them incarcerated.

Also, he has found that the northeastern area of the state has been effected the most, probably due to the easy access from New York and New Jersey.

“Northeast Pennsylvania is ravaged by opioids and heroin,” he said.

He mentioned firmly that the state would be looking closely at drug companies and lobbyists who sell opioids.

“We are undeterred by their power,” he said. “We are going to hold the pharmaceutical companies accountable.”

At the event, it was also discussed how this epidemic has caused costs to rise for law enforcement, incarceration, treatment and child placement.

The state of Pennsylvania is a supported of the local drug task force that works with local police and fire departments to combat drug crimes in the area.

Overall, Shapiro believes that early drug education is the key to preventing future drug use.

“Many of the fifth graders know heroin is bad and it’s illegal. But they don’t realize taking a pill from mom and dad isn’t good,” Shapiro said. “We have got to educate the sixth, seventh and eighth graders. It is really important to create digital content.”

“We have dozens of families impacted by heroin addiction. We must go into the schools and educated them”

He believes that when recovering families share their story, it makes an impact on those listening.

“I’m most satisfied when they spread the word. These families inspire me and are the best messengers we have.”

“It’s hard for us to get data from coroner’s offices on what drugs causes deaths,” Shapiro said. “Your department is good at it.”

Shapiro has requested a bill to give more funding to combating this issue. State Senator Mario Scavello supports this motion.

John Christy is the Commissioner of Monroe Country, he has voiced that the area has run out of foster parents and they are now outsourcing to out of state homes which is also costing them a lot.

“That’s where the rubber hits the road,” Scavello said. “It’s time for them to put their hands in their pockets and give us some money to treat these people.”